Can bat****-crazy extremist E.W. Jackson help push fellow bat****-crazy extremist “Sideshow Bob” Marshall to victory over right-wing Republican “attack dog” Barbara Comstock (who, among other things, is a huge fan of Sarah Palin, inciter-to-violence Sean Hannity, right-wing hate radio host Mark Levin, warmonger John Bolton, overturning Roe v. Wade, etc.) in the 10th CD Republican “firehouse primary” this coming Saturday? It’s highly doubtful against the well-funded, establishment-backed Comstock, but it sure would be a lot of fun if Marshall could somehow pull this one out. 😉 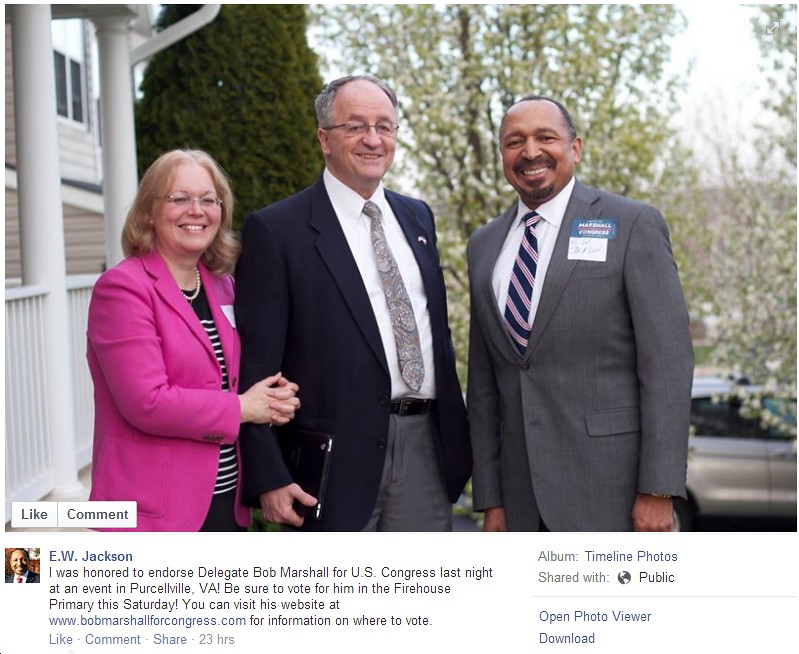