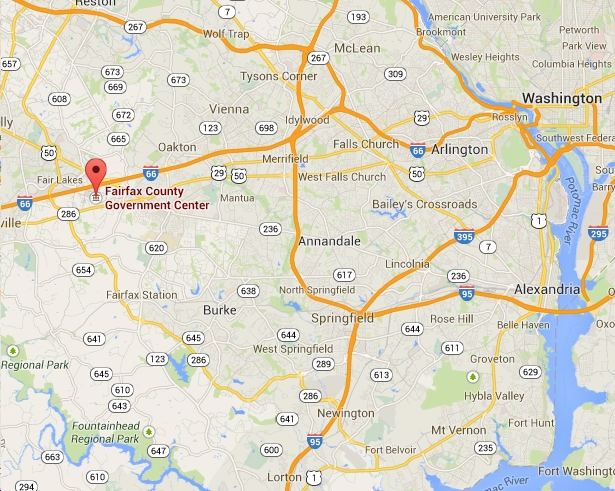 Are more early voting locations for the 8th CD Democratic primary coming to less affluent parts of Fairfax County? Based on Del. Scott Surovell’s Facebook post, following up on Del. Patrick Hope’s call “to see at least one early vote location in south county for Lee and Mt. Vernon districts, and at least one in northeastern Fairfax for our precincts in the Dranesville, Providence and Mason districts,” it’s looking a bit more likely this morning. First, a bit of background per Del. Hope’s press release.

…The only opportunity to vote in person in Fairfax is also at the electoral board office, however, it is located in western Fairfax County near the border of the 10th and 11th Congressional districts. For many 8th district residents in Mt. Vernon, it is more than a 20 mile drive to the government center. Roundtrip, many 8th district residents in Fairfax will likely have to spend more than an hour in the car in order to vote absentee in person.

This is unacceptable. I understand that Fairfax has not traditionally had early vote locations other than the main government center for primaries. However, while that may have worked well for an 11th district primary, or a 10th district primary, it does not serve the residents of the 8th district…

The discussion on Del. Surovell’s Facebook page between Surovell and Fairfax County electoral official Brian Schoeneman (R) is also very interesting. Schoeneman begins by asserting, “Given the historically low turnout we’ve seen in past June primaries, it’s hard to justify the expense to the taxpayers of opening a satellite center somewhere in the 8th District.” In addition, he argues, “Folks who are unable or are unwilling to make the round trip from Mount Vernon to the Government Center can simply mail their absentee ballots in, as well.”

In response, Del. Surovell writes: “US1 has the largest transit dependent population in the County. In my experience knocking doors, it also has huge numbers of people with multiple jobs who work very long hours not subject to their own control. They can’t get to the Government Center.” Schoeneman responds, “If folks can’t get to the Government Center for in-person absentee, they should mail their absentee ballots” and argues that “the vast majority of absentee votes are sent in via the mail.” Surovell’s response:

Your answer about mail being sufficient shows little appreciation of the realities beyond your own life experience. Next time I have an opponent, come down to my district and knock doors in Aububon Estates Trailer Park, Meadow Woods Apartments, or Woodlawn Gardens and it will broaden your perspective about the part of Fairfax County people pretend doesn’t exist. The object of our electoral system should be designed to facilitate the voting rights of all Fairfax County residents and not just upper middle income well informed or retirees who have the time to vote in every election.

After more back-and-forth along these lines, Schoeneman says that he “just spoke to the General Registrar” and “directed her to look at the potential of creating an absentee in-person location somewhere in South County to facilitate absentee in-person for the 8th District primary.”

Victory? We’ll see, but let’s hope this happens. In my view, the objective of voting officials should always be to make it as easy as possible for people to vote. Obviously, expense has to be considered, but I find it hard to believe that it would it would cost an exorbitant amount of money to have a voting center for residents in the Route 1 corridor area, which as Del. Surovell points out is not at all convenient to the Fairfax County Government Center (whether in terms of distance, traffic, time, expense, transportation options, etc.). Anyway, nice job by Delegates Surovell and Hope in standing up for people who live in the southern part of Fairfax County, many of whom are not wealthy, and hundreds of whom might now be more able to vote in the upcoming 8th CD Democratic primary thanks to their efforts.