I asked two leading 8th CD Democrats a little while ago about Nancy Najarian’s claims to still be a Democratic candidate for Congress in the 8th, and their responses were basically “no” and “she shouldn’t be [claiming that].” The reason she isn’t on the ballot, by the way, is that she did not turn in sufficient, valid petition signatures.  Najarian’s claiming that they WERE valid and has been trying for weeks to reverse that decision, with no apparent success to date.

Anyway, I guess it’s theoretically possible that Najarian could get back on the ballot through legal means (on April 15, she wrote, “We will continue to update you on my campaign as my legal team expects to have a firm answer very soon as to the best steps to take to get me back on the Democratic Ballot for the June 10th primary.”), but it’s getting less and less likely every day that goes by (right now, we’re 41 days until the election). So…I suppose it’s theoretically possible, but I’d be very surprised if she gets back on the ballot. 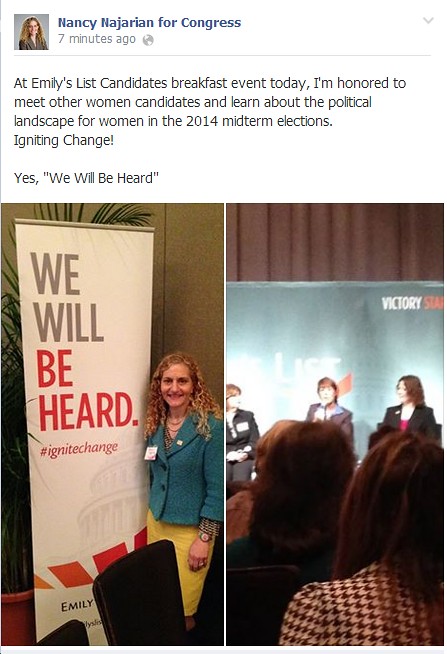