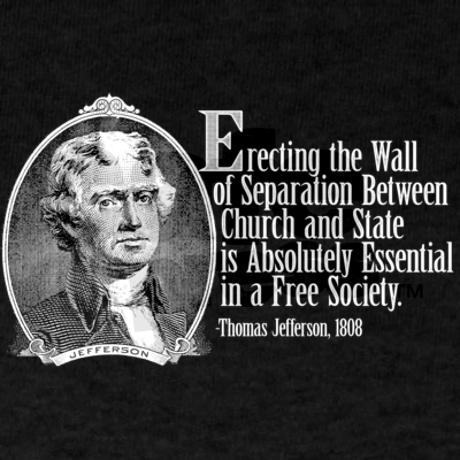 I’m glad to see that Gov. McAuliffe’s vetoes were upheld today in the Virginia General Assembly, in particular SB 236 (“codifies right to religious viewpoint expression”) and SB 555 (“Prohibits censorship by state government officials or agencies of the religious content of sermons made by chaplains of the Virginia National Guard”) by right-wing extremist, Sen. Dick Black. As the Virginia ACLU wrote about SB 555, “a military chaplain acting in his or her official role does not have the right to use official mandatory events as a platform to disseminate his or her own religious view.” And with regard to SB 236, the Virginia ACLU explained: the bill “would have compelled schools to sponsor student prayer at official school events where students and other members of the school community are a captive audience, such as graduations, assemblies, and sporting events.  This bill, while touted as bill to protect religious freedom, would have had the opposite effect, by subjecting students to religious coercion.” Both were blatant violations of the separation of church and state, and richly deserved to have their vetoes sustained.

Governor McAuliffe Statement at the Conclusion of Reconvened Session

Governor Terry McAuliffe released the following statement today following the General Assembly’s 2014 reconvened session, in which they considered his vetoes and amendments to legislation passed this year:

“I am disappointed that my amendments on bills with a fiscal impact were rejected.  Without a budget, I felt it was the fiscally responsible course of action to take. Due to the General Assembly’s failure to pass a budget, each of these bills represents an unfunded commitment of taxpayer dollars. Over the next thirty days, I will carefully evaluate each of these bills, particularly if the legislative budget stalemate persists.

“I want to thank the legislators for returning and honoring their commitment to Virginians by acting on the vetoes and amendments I proposed.  I hope that they will continue to fulfill their responsibility to Virginia families by passing a state budget that closes the healthcare coverage gap as soon as possible.”