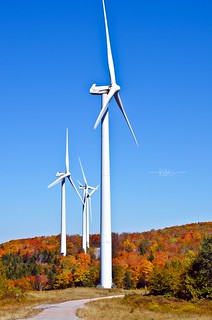 The US Chamber of Commerce is putting the full force of its polluter-funded war chest behind fighting limits on industrial carbon pollution set to be announced by the Environmental Protection Agency on Monday. Paul Krugman dives into their numbers and finds even by the Chamber’s biased analysis, the cost of climate action would be just 0.2% of economic growth:

You might ask why the Chamber of Commerce is so fiercely opposed to action against global warming, if the cost of action is so small. The answer, of course, is that the chamber is serving special interests, notably the coal industry – what’s good for America isn’t good for the Koch brothers, and vice versa – and also catering to the ever more powerful anti-science sentiments of the Republican Party.

Finally, let me take on the anti-environmentalists’ last line of defense – the claim that whatever we do won’t matter, because other countries, China in particular, will just keep on burning ever more coal. This gets things exactly wrong. Yes, we need an international agreement to reduce emissions, including sanctions on countries that don’t sign on. But U.S. unwillingness to act has been the biggest obstacle to such an agreement. If we start taking serious steps against global warming, the stage will be set for Europe and Japan to follow suit, and for concerted pressure on the rest of the world as well.

Now, we haven’t yet seen the details of the new climate action proposal, and a full analysis – both economic and environmental – will have to wait. We can be reasonably sure, however, that the economic costs of the proposal will be small, because that’s what the research – even research paid for by anti-environmentalists, who clearly wanted to find the opposite – tells us. Saving the planet would be remarkably cheap.

Remember, this is the same U.S. Chamber of Commerce that has fought every single Obama administration effort to create jobs. Either the US Chamber’s sudden concern for jobs is a fraud, or they only care about saving jobs in the polluting industries that fund the Chamber. But you will never hear a reporter point this out, because connecting the dots has a well-known liberal bias.