If it’s humanly possible, Virginia State Senator Dick Black (R-Homophobia) has hit another new low, sending a gushing “thank you” letter to Syria’s war criminal President Bashar al-Assad. Keep in mind that al-Assad’s forces are responsible for the deaths of tens of thousands of Syrian civilians, the use of chemical weapons (a war crime), widespread torture (also a war crime), and many other atrocities against their own people. Who in their right mind would actually write a letter thanking this guy — for his “extraordinary gallantry,” no less? Virginia State Senator Dick Black, who among other things has made some seriously insane comments over the years: Polygamy “just more natural” than homosexuality; Dick Black Rails Against Gays in the Military; Dick Black on Spousal Rape, “Nighties,” etc.; claimed that “children that have a homosexual parent, approximately 29% of children are molested by that parent;” etc, etc. So, yeah, the guy’s an extremist, but what’s really shocking is that he’s one of just 40 Virginia State Senators. And a Republican, of course. Ugh. 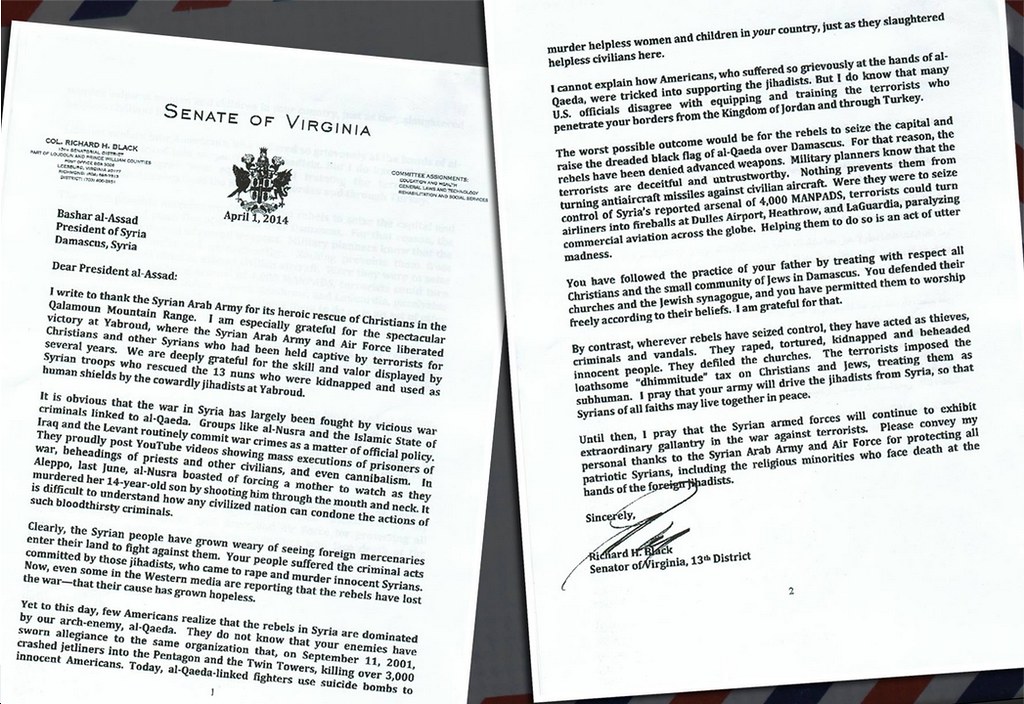