Message to anti-Medicaid-expansion Virginia Republicans (see list of Senators on the “flip,” courtesy of Progress Virginia): you know you’re way out of the mainstream when even hard-right-wing Republicans like David Vitter are open to expanding Medicaid in their states and you’re diametrically opposed to it here in Virginia. It’s not just Vitter, of course; here’s a list of governors – including Republicans like Jan Brewer, Terry Branstad, Rick Snyder, Brian Sandoval, Susana Martinez, Jack Dalrymple, John Kasich, Gary Herbert, and Mike Pence – who support Medicaid expansion in their states. But nooooo…not crazy Virginia Republicans. WTF? 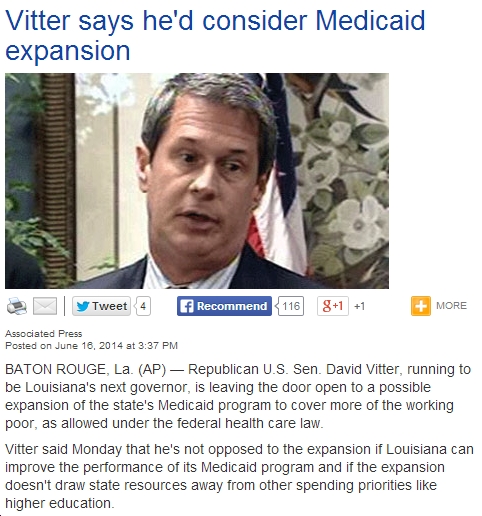 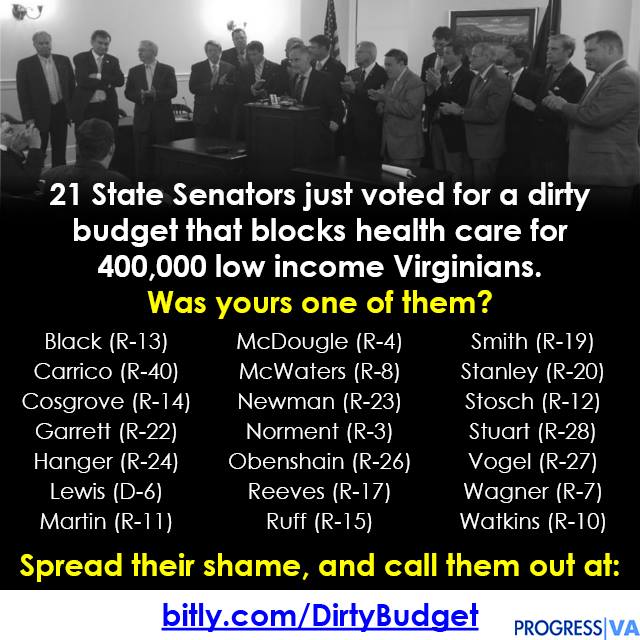 Sen. John Bell: “Senator Chase is clearly not sorry for supporting the insurrection…My resolution to censure Senator Amanda Chase will be going forward next...