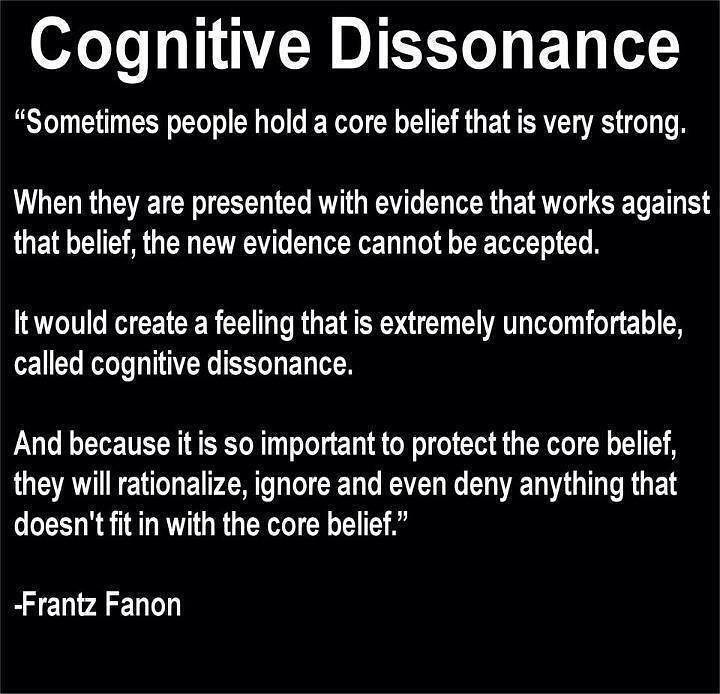 Here are a few Virginia and national news headlines, political and otherwise, for Sunday, June 29. Also, I’m posting the definition of “cognitive dissonance,” as it explains so much Republican behavior these days, such as denying climate science or refusing to believe that President Obama actually cut taxes repeatedly, or that Medicaid expansion in Virginia is a no-brainer, etc, etc.

*The Unitarian Universalist Association Joins Fossil Fuel Divestment Movement (Now times for every other religion to do the same!)

*Unions Fear This SCOTUS Case Could Bring Their ‘Final Destruction’ (“The case, Harris v. Quinn, is about the constitutionality of ‘agency fees’ charged by public sector unions to all workers in a unionized setting, even non-union members. These fees are essential to their operation.”)

*Schapiro: Petty politics and their high-stakes consequences (“What did Norment and Howell know, and when did they know it?”)

*How Virginia has changed since the Civil Rights Act of 1964 (“I thought we’d gotten over the voting problems, but now they’re reinstituting them with a new name.”)

*Terry McAuliffe, Virginia Democrats should learn lessons from defeat on Medicaid (“Ultimately, Democrats need to be in a position in 2021 to redraw legislative districts to end their underrepresentation in the House of Delegates.” Bingo; the answer is for Democrats to win elections.)

*Pollard: Changing gears on transportation in Virginia (“The governor has recognized the growing public demand for more transit options and for walkable communities, as well as the fact that we cannot pave our way out of congestion, and the new six-year plan makes some important progress in advancing transportation alternatives.”)

*Trust, respect lacking in Virginia’s capital (More “both sides” blather. The real reason for dysfunction in Richmond is that the far right wing has taken over, or scared ***tless, the Republican Party.)

*D.C. area forecast: Another weekend winner today, then heating up ahead of the Fourth