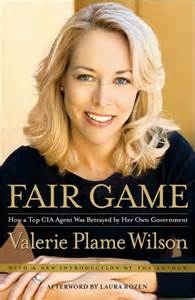 Believe it or not, it was 11 years ago today that conservative columnist Robert Novak outed Valeria Plame as a CIA operative – a treasonous act by those who leaked the information, in my view. First, though, here’s some background on the Plame affair.

In 2002, Plame recommended her husband, former diplomat Joseph C. Wilson, to the CIA for a mission to Niger to investigate claims that Iraq had arranged to purchase and import uranium from the country. Wilson initially bolstered the case for most intelligence analysts, but after President George W. Bush made the same claim during the run-up to the 2003 invasion of Iraq, Wilson denied his initial pre-war assessment.

In response, Wilson published a July 2003 op-ed in The New York Times detailing the negative results of his investigation. A week later, Novak published a column which mentioned claims from “two senior administration officials” that Plame had been the one to suggest sending her husband. Novak had learned of Plame’s employment, which was classified information, from State Department official Richard Armitage. Many…alleged that Armitage and other officials had leaked the information as political retribution for Wilson’s article.

The scandal led to a criminal investigation; no one was charged for the leak itself. Scooter Libby was convicted of lying to investigators. His prison sentence was ultimately commuted by President Bush.

So, other than it being the 11-year anniversary of Plame’s “outing” by Dick Cheney, Scooter Libby et al, why am I bringing this up now? Simply to remind everyone what a right-wing hack Barbara Comstock is. As you may recall, Comstock would later serve as the “opposition researcher, crisis manager, and chairwoman” of the defense fund for Scooter Libby – the individual who leaked Plame’s name and status to Novak, and who would be “convicted in 2007 of perjury, obstruction of justice and making false statements” in the Plame case.

In the end, as we know, George W. Bush – aka, Worst President Ever – commuted Libby’s sentence, no doubt with Dick Cheney breathing heavily down nape of his neck about it. For her part, Comstock and Company would end up being threatened with a gag order for refusing to follow the Judge’s orders not to leak confidential information to the media during the trial.