(UPDATE: Note that after I inquired, the Boling campaign clarified that it had mean to answer “yes” to question 7e (on gun safety measures) and “no” to 7f (on a gas tax and revenue-neutral carbon tax). – promoted by lowkell) 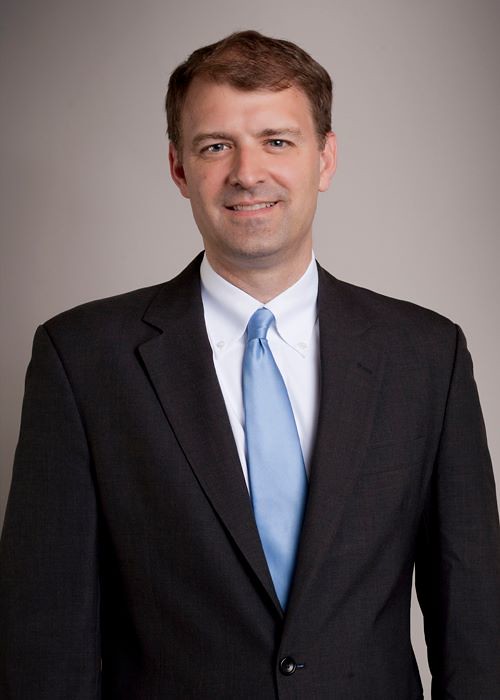 I’ve sent questionnaires to all the announced 48th House of Delegates district Democratic candidates. Given the extremely short time frame we’re dealing with – election THIS Sunday! – I’m going to print candidate responses as I receive them. Also note that given how frantic these candidates’ schedules are, I’m not going to mark them down for brevity, although obviously I’d prefer fully-fleshed-out answers if possible, and certainly at least a short response to every question. With that, here are the responses from Maureen and Mike Mansfield Foundation Vice President Dave Boling.

I served as an attorney at the U.S. Department of Justice for ten years fighting monopolies that rip off consumers and hard-working families. I also worked for three years as Chief-of-Staff to a Democratic Congressman Vic Snyder (D-Ark.), and we worked tirelessly to pass the Affordable Care Act.

I’m strong believer that we are judged by how we treat those with the least. By that measure, Republicans in Richmond are letting down not only the 400,000 people who now go without Medicaid but also I don’t think they are representing the compassionate values and principles of so many citizens of the Commonwealth. They are putting politics ahead of people.

I applaud Attorney General Herring in his fight for marriage equality, and I stand strong with him in that fight. We should create a Commonwealth that is welcoming to all people. We’ll be better for it.

And I think that we should do all we can to reduce the crushing burden of student loan debt that so many young graduates of colleges struggle with.  It is unfair that a homeowner can refinance a mortgage but that a struggling graduate of college cannot do so. This ought to be changed.

I’m a proud Democrat who believes we can get things done if we go on offense and fight for the progressive agenda. When I was serving as Chief of Staff to Democratic Rep. Vic Snyder, we had to push hard to get the Affordable Care Act passed-a landmark progressive bill. We fought hard on fair pay for women. And to end discrimination in the workplace against the LGBT community.  We have our scars, but we earned them advocating for a progressive agenda.

I now work at a non-profit created by Congress to honor former U.S. Senate Democratic Majority Leader, Mike Mansfield. Mansfield was a great Democrat and the longest serving Majority Leader in the history of the Senate. Under his leadership, the Democrats passed Medicaid, Medicare, the Civil Rights Act, the Voting Rights Act and other progressive legislation. This is a remarkable legacy-I feel lucky to be able to work at a non-profit that celebrates that legacy.

My favorite Virginian politician is U.S. Senator Tim Kaine. I have always admired him because of his authenticity and genuineness. In my mind, he is the real deal. And I think with Tim Kaine, what you see, is what you get. He is a great leader and if Virginia had more elected leaders like him, I think the Commonwealth would be a better place.

My least favorite politician is Speaker Howell.  He really should be ashamed of how he has handled this special election and the conduct of the Republicans in dealing with everything from Medicaid to women’s choice issues. He could have chosen the high road–but he chose the low road every time. We all know that democracy works best when it is a deliberative process. Instead, Speaker Howell used his power to stand in the way.  It is pure politics-plain and simple.

We must move away from coal. It still has a role to play in the energy mix at this time-but we ought to be reducing its role, not increasing it.  I do not support uranium mining in Virginia-it just poses too many unknown risks. Risks that could be potentially catastrophic over thousands of years.

The natural gas revolution in the U.S. offers great potential for reducing the cost of energy and boosting U.S. exports. And it offers the prospect that America will become less dependent on the Middle East for energy. But we have to be prudent and responsible in how we extract it and always be focused on the power of renewables.

I want to build a majority in the House. I am not naïve-this is a big idea and big ideas take time.  But I am absolutely committed to this. The Democrats in the House do a remarkable job of stopping the Republican Tea Party agenda. But I want our good Democrats in the House to be able to go on the offense more so that we can achieve the dream of the Virginia we want.

That means pouring resources and time into seats in Northern Virginia that are trending Democratic, such as in Loudoun and Prince William Counties.  Candidates like Jennifer Boysko, Kathleen Murphy and Atif Qarni almost won their races this last cycle. We have to get candidates like these across the finish line this cycle.

But we also have to spread the field by actively recruiting Democratic candidates all over Virginia to run. This means we have to create a bigger tent and recruit moderate Democrats to run.  Democrats who are well-known and respected in their districts.

I am eager to be part of that project to build a Democratic majority. I know it will take time but I have the energy, enthusiasm and passion to help make it happen. I will actively leverage the bully pulpit of the 48th District to help win back the House.

We have seen how lax Virginia’s ethic rules are compared to other states, especially the ethics rules governing gift-giving to elected leaders.  We have seen how easy it is to abuse those rules, with the Star Scientific revelations. That scandal did great damage to Virginia’s heretofore rather good reputation for clean government.

The 48th district will always come first.  It’s that simple.

I intend to be a strong advocate for the interests of the 48th District and will listen closely to the views of its residents on all issues, including local transportation issues in Arlington like the streetcar. I think, as with any big transportation project, it is very important for the community to have a strong consensus favoring the project, characteristic of the “Arlington Way”, before moving forward. I have sought to approach the proposed streetcar in a considered, respectful way.

No. Virginia Public Access Project shows my financial contributions-I have not given money to a Republican or non-Democratic candidate.

As I said in Question 8 – we have so many able, progressive, intelligent Democratic candidates who came so close to victory last cycle. We need to use the fundraising and networking power of the 48th District to build a House majority. We can do it. It’s just a matter of digging in for positive change and not shrinking from the fight.