Several things jump out at me about Republican Dave Foster’s campaign sign. First off, note a missing word there? That’s right: Unlike Rip Sullivan, who proudly includes the word “Democrat” on his signs, Foster completely omits his Republican Party affiliation — even though this is a partisan office, and even though Foster would be yet another vote for House Speaker Bill “ALEC” Howell’s majority in Richmond. Gee, I can’t imagine why Foster would do that in the overwhelmingly Democratic 48th district. Hmmm.

More deception: note the apple in place of the “o” in Foster’s last name? That’s clearly a universal symbol for education (apple for the teacher), and a not-so-subtle attempt by Foster to get people thinkingnt  about his tenure on the non-partisan Arlington School Board, which of course is a COMPLETELY different position than being a (Republican) member of the Virginia House of Delegates. Nice try, though!

Finally, notice the “union bug” in the lower right-hand corner? Is Foster seriously trying to make people think that he’s pro-union? What, if he’s elected to the House of Delegates, will he oppose Virginia’s “right to work be poor” laws? Will he make his new boss, Bill “ALEC” Howell, really angry at him by fighting for working people? Something tells me the answer to that is…uh, no, he won’t. But hey, for a few extra bucks (possibly coming from vehemently anti-union Bill “ALEC” Howell), why not try to give off that (false) impression?

How about a better idea: on August 19th, vote for Democrat Rip Sullivan, who’s actually proud of his partisan affiliation, not trying to deceive voters about it like phony “moderate” Dave Foster (note: Sen. Barbara Favola utterly demolished that myth a couple weeks ago on ArlNow) is doing. 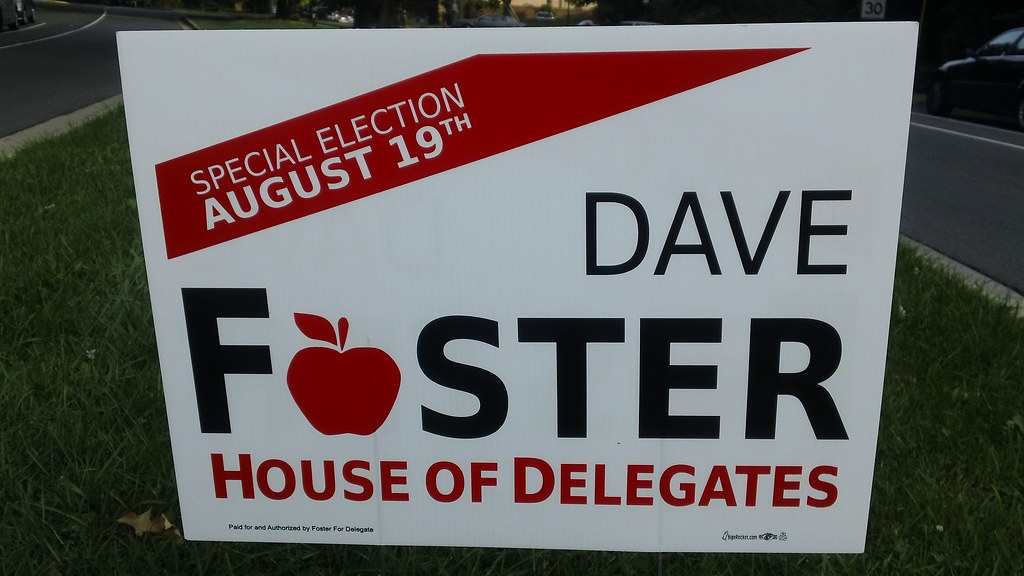