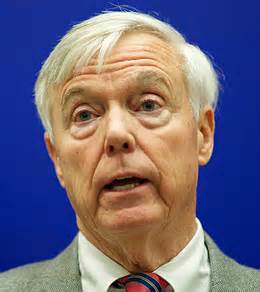 Perhaps more than any one person, Speaker Bill Howell has been responsible for the dysfunction in the Virginia House of Delegates. As Speaker, Howell has kowtowed to the most extreme members of his caucus and promoted a brand of politics that is hyper-partisan, unwilling to compromise, and callous to the needs of Virginians.

To be sure, Howell is not the cause of all of Virginia’s woes. The Democratic Party of Virginia, due to poor internal structure, has too often been nepotistic and disorganized. Under the stewardship of the DPV, Democrats have seen the gradual erosion of relevance within the House of Delegates. In addition, the increased amount of money in politics has made partisan gamesmanship the norm at every level of government across the country.

Nonetheless, it is Speaker Howell who has used his power and fundraising prowess to bully all members of his caucus into rejecting Medicaid expansion (including conservative compromises similar to those made in Arkansas and other Republican-controlled states). Under his leadership, he has encouraged radical stances on social issues and ensured the failure of any possible expansion of Medicaid. As readers here already know, it is simply unacceptable for a public servant to deny 400,000 people healthcare when expanding coverage would not only cost nothing, but actually save money and create jobs.

The oft-reported reason for Howell’s intransigence on Medicaid expansion has been Howell’s fear of a challenge from the right. As such, I had assumed Howell must represent an overwhelmingly Republican district and that he was assured reelection until his retirement.

That’s why I was shocked when I looked up his district, House District 28, to learn that Howell represents a moderate swing district. Obama won this district in 2008; he tied Romney 49/49 in 2012. Tim Kaine won the district in 2012 and McAuliffe only ran 5 points behind Cuccinelli in an off-year election.

And yet Bill Howell has never received a serious challenge. The last time a Democrat even ran against Howell was in 2007; the Democrat spent $9,000 compared to Howell’s $660,000. That is not a legitimate challenge (though it should be noted that despite being outspent roughly 73:1, the Democratic candidate received nearly 35% of the vote).

Speaker Howell has helped make Virginia a national laughingstock. Howell is an ex-ALEC chair. He has raised widespread ire for his demeaning stances on women’s health issues. His irrational opposition to Medicaid expansion has made national news. It would not be impossible to get a liberal PAC to devote funds to unseating a radical Republican state House Speaker like Bill Howell, especially in a presidential swing state like Virginia.

Winning the district will not be easy. Howell is a skilled fundraiser and enjoys large name recognition. In fact, Democrats may never unseat Howell. But unless he faces a serious Democratic challenger, it is only rational for Howell to take increasingly conservative political positions since his defeat could only come from a Republican primary. Running a good Democratic candidate against Howell, even if that candidate were to lose, would help moderate Howell and thus make the House of Delegates more functional.

So I offer a challenge to all Virginia Democrats: Why aren’t we punishing the architect of Medicaid expansion’s defeat? Why aren’t we trying to defeat Speaker Bill Howell?