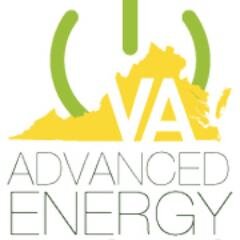 Somehow I missed this op-ed in my morning news roundup, but it’s a must-read for anyone who cares about Virginia’s energy and economic future. The following are a few key points by Virginia Advanced Energy Industries Coalition (VAEIC) President Francis Hodsoll regarding the Virginia State Corporation Commission (SCC)’s recent “analysis” (using the word VERY loosely!) of the EPA’s Clean Power Plan. Note that the mission of VAEIC is to “[promote] open markets for clean and secure advanced energy technologies in order to create jobs and position Virginia as a magnet for talent and innovation in the advanced energy sector.”

*Even crazier is that the Virginia SCC is now “aggressively trying to block the creation of entire new clean energy industries” in our state. What on earth? To put it mildly, this is “a strange position for an agency with a mission that includes improving public service and providing objective, timely and expert assistance.”

*The SCC’s recent “analysis” of the EPA’s Clean Power Plan is, among other things, “inexplicably flawed and error-filled” (e.g., “the SCC assumed that Virginia would cut pollution in the most expensive way possible – building a new nuclear plant, with a price tag above $20 billion”).

*How flawed is the SCC’s analysis? Example: their “analysts” falsely claimed “that the EPA ignores the costs of retiring old, dirty power plants that will be retired anyway.” In fact, “over 60 percent of that [coal-fired] generation capacity – 1,796 megawatts – was already going to be mothballed” anyway. And, Hodsoll adds: “The remaining retirements represent just 4 percent of total state electricity needs. That’s something basic energy efficiency and clean energy can easily replace.”

*The SCC also ignores a few important facts: ” Solar modules costs have plunged 80 percent since 2008. Wind turbines costs are down 29 percent. The National Renewable Energy Laboratory estimates solar dropping another 12 percent this year.” That’s why corporate America is scrambling to build solar power – “because it makes economic sense” right now (and even more so every year that goes by).

*Now here’s the truly insidious part. “Not only did [the SCC] ignore the facts, its staff aggressively publicized this ‘report.’ The only rationale I can assume is this anti-growth, anti-business community ‘report’ was meant to force Gov. Terry McAuliffe to turn away from a $1 billion a year opportunity to create jobs and save consumers money.” It’s truly outrageous, and the SCC “staff members who wrote this document should be called to account.”

I’d just add that the corporate media, with a few exceptions, has utterly failed on this one. Instead of just parroting a deeply flawed “analysis” by an agency “led” by a bunch of pro-coal Republicans, the media should have done its job and critically analyzed this hit job by a deeply politicized agency with zero credibility. As for Gov. McAuliffe, he should file the SCC’s “analysis” where it belongs – the ol’ “circular file.”

Video: After Failing to Draw New District Lines for the General Assembly, the VA Redistricting Commission Teeters on the Edge of Failure on US...