Cross posted from Scaling Green. For Blue Virginia readers, I’d just point out that yet again, progressives and environmentalists are strongly in the majority on the issues.

A new survey from George Mason University’s Center for Climate Change Communication and Yale’s Project on Climate Change Communication has some encouraging results about U.S. public opinion on climate change and clean energy. Here are three graphs we thought were well worth sharing  The key points are: 1) 67% of Americans support what is, essentially, the EPA’s proposed Clean Power Plan to limit carbon pollution from existing, coal-fired power plants; 2) Americans overwhelmingly support policies – like Renewable Portfolio Standards, R&D, tax rebates – to promote clean energy; and 3) only 16% of Americans actively refuse to believe the science on climate change. Now, we just need policymakers to translate the wishes of the American people into action. 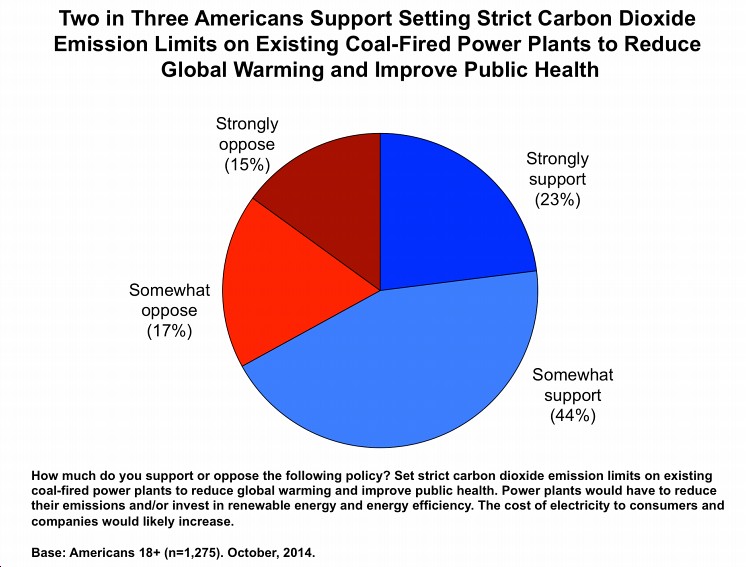 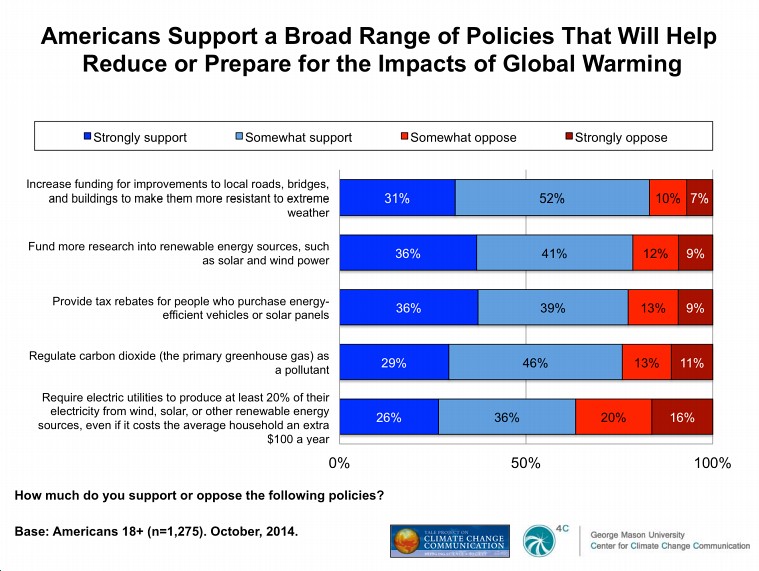 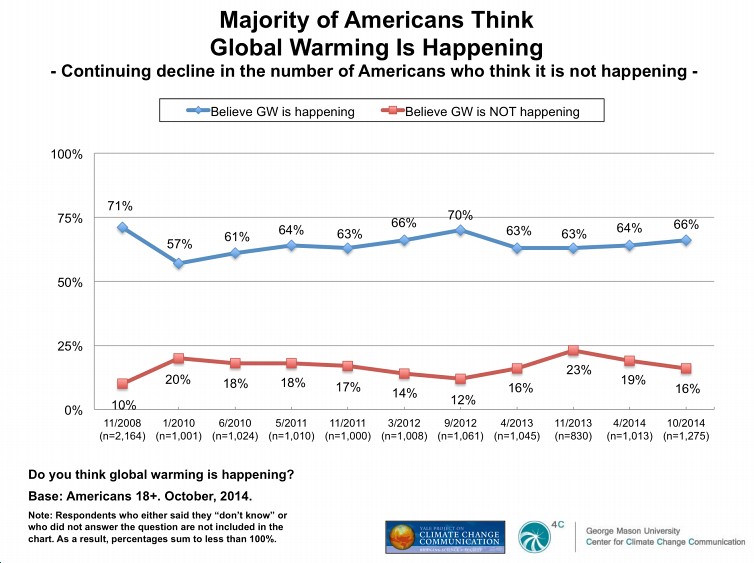