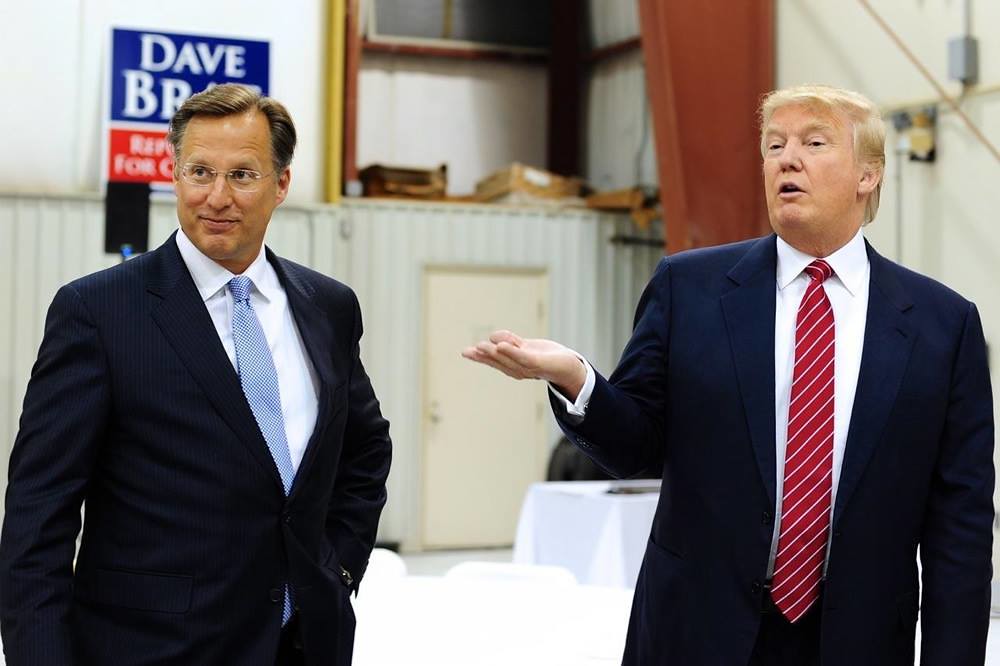 Here are a few national and Virginia news headlines, political and otherwise, for Monday, April 27. Also, that photo is from Ayn Rand-worshipping, right-wing extremist Rep. Dave Brat’s Facebook page. According to what he calls the “Brat pack,” Trump was “in Richmond Friday to offer his support of Dave’s great work in Congress,” such as “standing up to Obama’s destructive policies on illegal immigration, corporate cronyism, and the endless war on the American middle class worker.” WTF are they ranting and raving about? Who the heck knows, but it gets super weird and super wacky when you get Dave Brat and Donald Trump together!

*The GOP’s demonic alliance: How the religious right & big business are dumbing down America

*The GOP estate-tax folly (“Maybe congressional Republicans really are nuts, suicidal or both. The latest evidence is House approval of legislation abolishing the estate tax, sometimes called the ‘death tax.'”)

*Krugman: Nobody Said That (“Several months into 2014 many leading Republicans – including John Boehner, the speaker of the House – were predicting that more people would lose coverage than gain it. And everyone on the right was predicting that the law would cost far more than projected, adding hundreds of billions if not trillions to budget deficits.” WRONG!)

*Putting brakes on big brother (“State lawmakers ignored Gov. Terry McAuliffe’s revisions to legislation to prevent authorities from collecting and retaining surveillance information from license-plate readers for as long as they want.”)

*Week will begin on the chilly side, but coming weekend could be fantastic