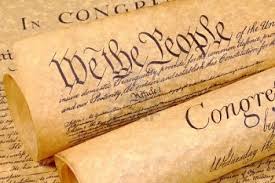 This piece appeared as an op/ed in newspapers in Virginia’s 6th congressional district.

In a previous column, I declared that historians will judge that the most important political battle of our times was not over the issues that most people focus on – immigration, abortion, guns, etc. – but on something far more fundamental. The vital battle now is over whether the American people will be able to preserve the gift our founders gave us, or whether a new kind of Big Money will fully succeed in transforming our nation into a society in which the powerful few dominate the many.

To understand how revolutionary our founders’ vision was, we need to remember the old order in the European civilization from which they came. In Europe, for centuries, the ruling one percent of the population controlled nearly all wealth. Power ran only from the top down. Feudal fiefdoms established by the sword dominated those who worked the land; and eventually all became the “subjects” of kings who claimed “divine right” and were answerable to no one.

The founding of the United States was a cure for this injustice.

No longer, in Jefferson’s words, would it be supposed that the mass of mankind be “born with saddles on their backs” while a “favored few” were “booted and spurred, ready to ride.” America’s fundamental principle would be that “all men are created equal” and “endowed by their Creator with certain unalienable rights.”

No longer would the few dominate and exploit the many for, in America, the government would derive its powers from “the consent of the governed.”

This great achievement is being dismantled right before our eyes.

Big Money, it seems, is no longer content just to take more than its fair share of America’s bounty – though there is still plenty of that. (For example, Dominion Power — alias VEPCO — has just used its “influence” with our legislators to get favors that transfer hundreds of millions of dollars from the pockets of average Virginians into its own corporate coffers.)

A new kind of Big Money power is making fundamental democracy-destroying changes in our system. With the Supreme Court having opened the floodgates for money to pour into our electoral system, Big Money is increasingly able to choose who gets power. By the time the people vote, much has already been decided by billionaires and giant corporations.

With our elected representatives more and more the servants of Big Money, the door is opened for the creation of a shadowy organization like ALEC (American Legislative Exchange Council) to write legislation that bought-and-paid-for legislators around the country pass into law.

This is not something that theoretically might happen. A big part of that undesirable future has already arrived.

A recent reputable study has demonstrated that the will of the people now has little effect on what our government does. “Economic elites and organized groups representing business interests have substantial independent impacts on U.S. government policy,” researchers (from Princeton and Northwestern Universities) have found, “while mass-based interest groups and average citizens have little or no independent influence.”

Those researchers found: “When a majority of citizens disagrees with economic elites and/or with organized interests, they generally lose.”

We are not back to the old, oppressive order. (Not yet anyway-despite the widening gap of wealth inequality, and the massive erosions of our rights to privacy.)  But the further we move toward a society where the few can dominate the many, the more we open the way for things to slide ever further into the kind of society from which our founders sought to protect us.

We are witnessing a coup d’état in slow motion. Or rather, because it is happening so slowly, too many of us are failing to see it.

The path into this exploitative system is not through the sword, as it was when a kind of anarchy allowed warlords to hack their way to power.  In America, Big Money is creating its version of this unjust system out of an established democracy. So it is not the sword, but the lie, that is the main weapon the powerful few are using to dismantle our American heritage.

The first step in disabling the power of the lie is to recognize this truth: We the American people are now called upon to stand together and fight to rescue the gift our founders gave us.

Are liberals and conservatives willing to come together with that old feeling, “We’re all Americans” to defend the essence of the America our founders passed on to us?

Andy Schmookler’s forthcoming book is What We’re Up Against: The Destructive Force at Work in Our World– and How We Can Defeat It.

In addition to Sen. @BillStanley (R), now hard-right Sen. @MarkObenshain has also gone after Sen. @AmandaChaseVA (R), in this case for the "offensive" and "crazy" things she says. For once, gotta agree with Obenshain! LOL https://bluevirginia.us/2020/11/va-sen-amanda-chase-falsely-claims-virginia-dem-party-racist-to-its-core-they-want-the-richmond-registrar-to-resign-because-shes-white#comment-5163046103