In light of the news that Josh Duggar – member of the Duggars’ dangerous cult of purity (not to mention the bizarre, warped “Quiverfull” movement) – “repeatedly molested young girls when he was 14,” I’ve seen numerous blog posts and news stories connecting Josh Duggar to various Republican politicans (e.g., see What do Ted Cruz, Rick Santorum and Jeb Bush Have In Common? Josh Duggar). However, I haven’t seen any noting that the Duggars – including Josh Duggar – actively campaigned for the 2013 Virginia Republican “extreme team” ticket of Ken Cuccinelli, E.W. Jackson, and Mark “Criminalize Miscarriages” Obesnhain. Here’s Josh Duggar speaking at a rally for the Extreme Team in October 2013: “FRC Action, our goal is to encourage faith, family and freedom, and these men – Ken Cuccinelli, E.W. Jackson, and Mark Obenshain – really are exemplary of our values.” Any further questions about the Republican Party of Virginia? (note: that same party is now headed by a guy who likes to make anti-Semitic “jokes”; also includes extremists like “Sidehow Bob” Marshall, Dick Black, Steve Martin and many others)

P.S. This remains relevant because all three members of the “Extreme Team” are active public figures and potential future candidates for office (e.g., it is certainly possible that Mark Obenshain will run for Virginia Attorney General in 2017). 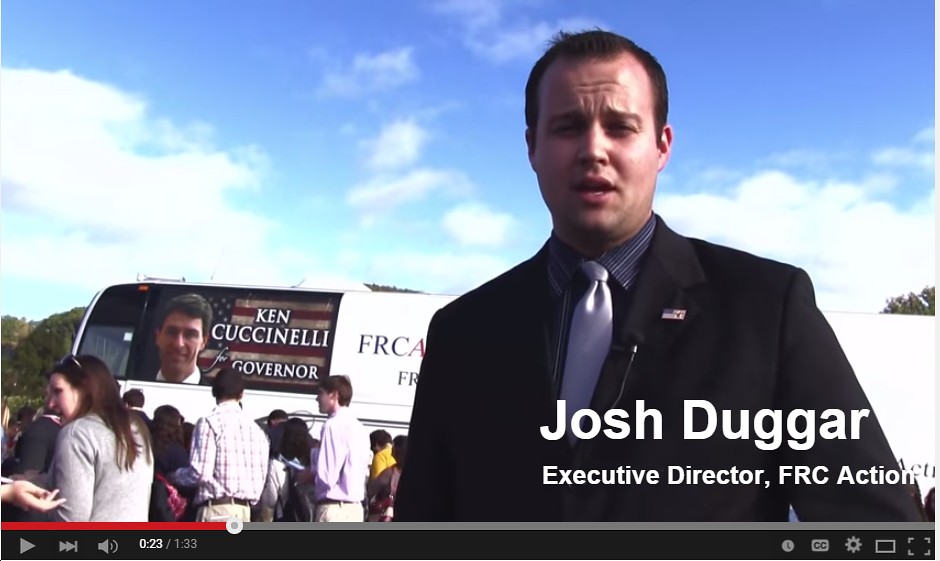