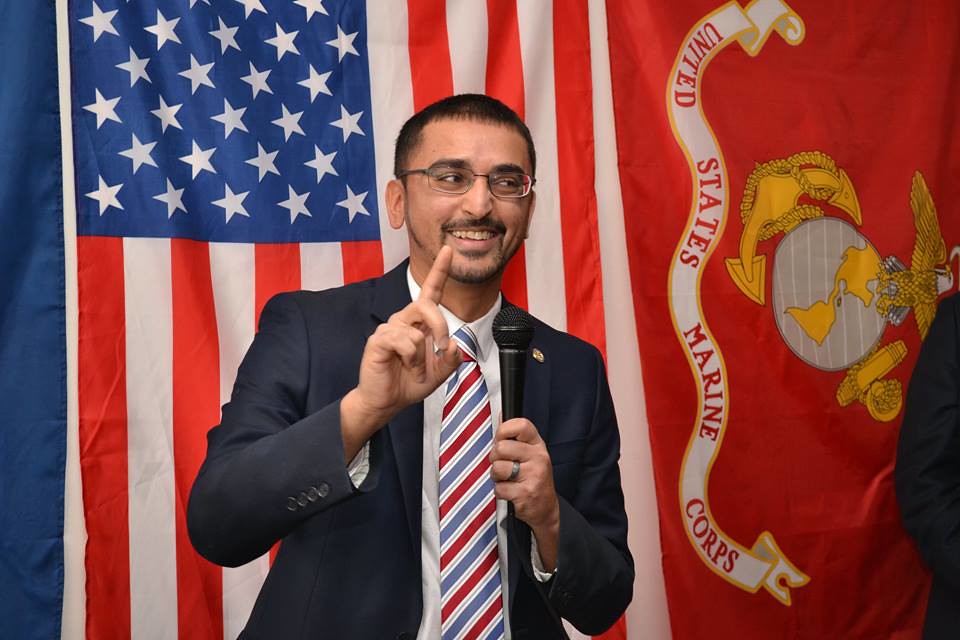 There will be numerous primaries for the Virginia General Assembly and for local office (County Board, School Board, Mayor, etc.) on June 9. Here are the top eleven (note: I was going to do ten, but realized I needed to squeeze in one more) I’ll be watching, in reverse order of how much I care about the particular election. How about you?

11. Senate District 11 Republican primary: Can right winger Amanda Chase take advantage of her endorsement by the Republican Times-Disgrace Richmond Times-Dispatch today and knock off incumbent Sen. Steve Martin, one of the most bigoted and extreme members of the Virginia General Assembly (see, for instance, Virginia State Sen. Steve Martin: Muslim Americans Shouldn’t be Protected by U.S. Constitution and “Child’s Host” State Senator: Torture Justified “no matter what body parts are lost in the process”). Again, this is a safe Republican district, so it’s not interersting from that perspective.

10. House District 28 Republican primary: I would have rated this one higher, but I find it hard to believe that Tea Partier Susan Stimpson will defeat House Spaker Bill “ALEC” Howell. It sure would be hilarious if she did. Also, a Stimpson victory is probably the only chance for Democratic nominee Kandy Hilliard in November. So…go Stimpson! 😉

9. Senate District 12 Republican primary: I’ll be fascinated to see if Siobhan Stolle Dunnavant can defeat Bill Janis after this debacle by Dunnavant. This is a safe Republican seat, so it’s not interesting from that perspective.

8. Senate District 16 Democratic primary: I’m rooting for Rosalyn Dance over the this guy (Joe Preston), who among other problems answered “undecided” to a slew of questions, including ones on important/hot-button issues like whether or not to support a “personhood” amendment (that would, effectively, ban abortion, as well as many forms of contraception, embryonic stem cell research, etc.), what he thinks about “physician-assisted suicide,” “Common Core” educational standards, and a constitutional amendment requiring a 2/3 majority to impose new or increased taxes/fees.  I mean, how on earth can you be running for State Senate and be undecided on these important matters? Not serious. Also, Democrats need to make sure the nominee from this district defeats Independent slimeball Joe Morrissey in November, and Rosalyn Dance is the best one to do that.

7. House District 79 Democratic primary: It would be awesome to see Democrat Steve Heretick knock off the utterly egregious DINO Johnny Joannou, at long last, although Joannou has certainly proven that he’s not easy to beat (for whatever reason). The bottom line is that there’s no excuse to have such a godawful faux-“Democrat” in a safe “blue” district like this one. Right, 79th HoD district Democratic voters?!?

6. Alexandria Mayor Democratic Primary: The three candidates include one current Mayor (Bill Euille), one former Mayor (Kerry Donley) and one current Vice Mayor (Allison Silberberg). This one could also be super close, and could have important ramifications for Alexandria’s future…

5. Mt. Vernon District (Fairfax County) Supervisor Democratic primary: There are four candidates in this one –Dominion “Global Warming Starts Here!” Power executive Tim Sargeant, Dan Storck, Jack Dobbyn and Candice Bennett. Most elected officials appear to have lined up for either Storck (e.g., most of his fellow School Board members, Del. Scott Surovell) or Sargeant (Sen. Toddy Puller), and I’m hearing the outcome could be super close. Stay tuned…

4. House District 45 Democratic primary: This five-candidate race is to succeed Del. Rob Krupicka (D), who is stepping down in favor of doughnuts (can’t say I blame him!). While this race will not determine the balance of control in the overwhelmingly Republican House of Delegates, nor is the general election outcome in any doubt given the overwhelmingly “blue” nature of the district, it’s a fascinating race featuring several strong progressive candidates.

3. Arlington County Board Democratic primary: A five-way race for TWO open seats on the Arlington County Board, between Katie Cristol, Christian Dorsey, Peter Fallon, James Lander, Andrew Schneider and Bruce Wiljanen. This one could be super close and have important consequences for the future of Arlington. I’m rating this so high because I find it interesting, of course, but also because I live in Arlington. 🙂

2. Senate District 10 Democratic primary: I’m pulling for progressive and environmentalist Emily Francis to win, and for the disloyal DINO Dan Gecker to lose. This primary is super important, because Democrats have to pick up this seat (currently held by Republican John Watkins, who is retiring) to have any hope of taking back control of the State Senate.

1. Senate District 29 Democratic primary: Just as Democrats need to pick up John Watkins’ seat in the 10th, we absolutely MUST hold the district that Sen. Chuck Colgan (D) has held for so many years. I’m pulling strongly for former U.S. combat Marine and current Prince William County teacher Atif Qarni, both as the best candidate on the merits, and also as the most likely of the three Democrats running to hold this Obama/Kaine district seat (but one in which Democratic “dropoff” is severe in off/odd-year elections like this one) in November.