So let me get this straight: the same guy who said Ronald Reagan is his political hero, who bought into crazy conspiracy theories against Bill and Hillary Clinton, who “urged Senator Collins of Maine to vote to impeach Bill Clinton,” and who “said he would have to ‘wait and see’ who the Republicans would nominate before committing to support President Obama in 2012,” who disowned being a Democrat, who put forward “‘painful cuts’ to police and library services rather than increase Chesterfield’s modest tax rate,” is now claiming to be a…progressive?!? Is this some sort of warped joke, or does Gecker just assume that voters won’t look into his record at all? On June 9, I strongly urge Democratic voters in the 10th State Senate District to tell Dan Gecker what they think of his absurd claim to be a “progressive” by not voting for him. 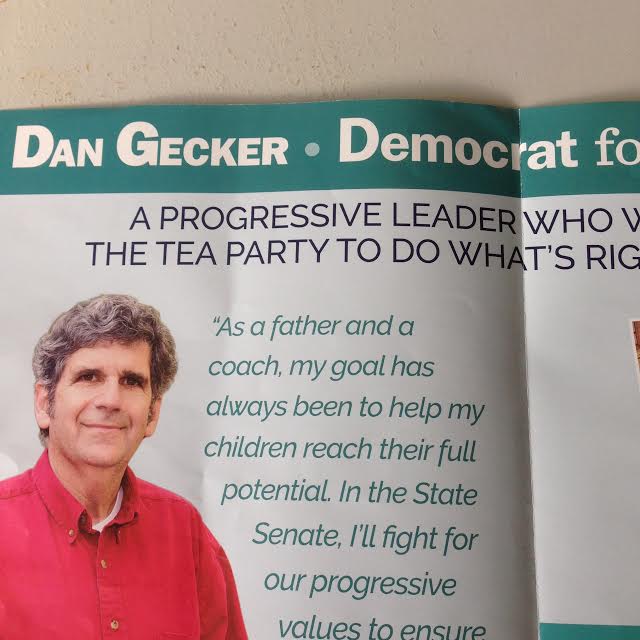