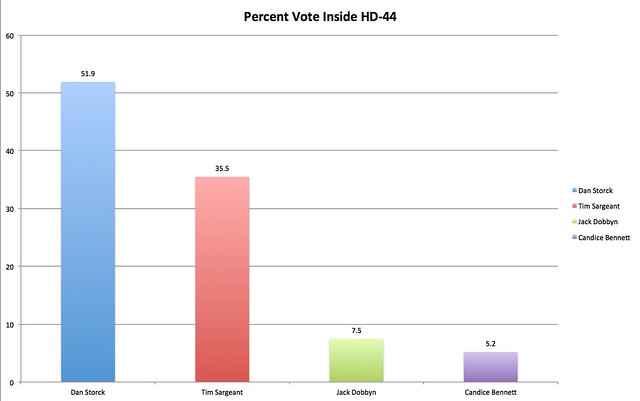 Tuesday’s primaries were filled with surprises. While many Northern Virginia political observers are focused on results in Arlington and Alexandria, perhaps one of the most remarkable outcomes took place in Fairfax County in the race for Mt. Vernon District Supervisor.

Throughout the campaign, Planning Commissioner and Dominion Power employee Tim Sargeant was considered the frontrunner. However, only one week before the primary, Delegate Scott Surovell (D-44) endorsed Mt. Vernon School Board Member Dan Storck over the three other candidates.

Fairfax Democrats know that Scott Surovell, now running for State Senate, is popular and well-liked in his district, but Tuesday’s results prove just how respected he really is.

Highlights from the election:

– Dan Storck did not win a single precinct outside HD-44.

Both Tim Sargeant and Dan Storck received a number of endorsements by elected officials, and Sargeant was endorsed by the Washington Post. However, as these results show, by far the most valuable endorsement in this race was Scott Surovell’s, and he singlehandedly determined the outcome of this race.

The results are a big win for Team Surovell, including Paul Krizek who won the primary for Surovell’s House Seat with 68% of the vote, political strategist Ben Tribbett who organized the joint campaign, and Surovell Campaign Manager Megan Howard.

Additional graphs and tables after the jump 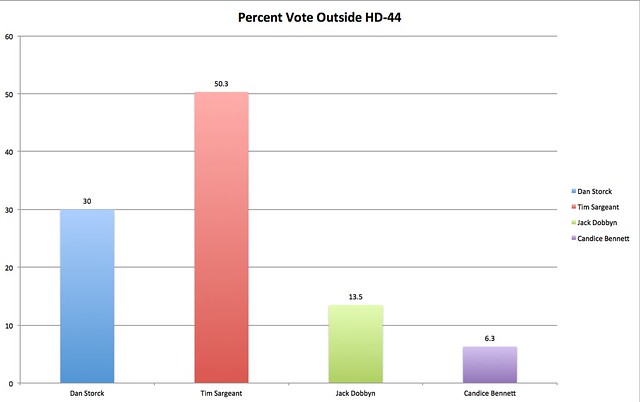