This one’s an easy choice: if you’re a Democrat living in the 10th State Senate district (Chesterfield, Richmond, Powhatan), you should most definitely vote for Emily Francis in Tuesday’s Democratic primary. First, on the issues, Emily Francis by FAR the strongest progressive and environmentalist in the field; it’s not even remotely a close call. Second, on electability, I’ve argued many times that the key to Democrats doing well in this year’s low-low-turnout, off/odd-year Virginia elections for General Assembly is turning out the Democratic “base.” That means nominating candidates who can appeal to said base, which Emily Francis clearly can do. In stark contrast, Dan Gecker played a key role in trying to impeach President Bill Clinton, has stated that his political hero is arch-Republican Ronald Reagan, identified himself for years as an “independent” not a Democrat, and even mused that he might vote Republican for President in 2012 rather than voting to reelect President Obama! Other than Democrats pouring huge sums of money into the district, which presumably they’ll do regardless of who wins the nomination on June 9, why on earth would the Democratic “base” get excited about someone like that? Got me. Fortunately, there’s a much better choice: vote Emily Francis in the June 9 Democratic primary! 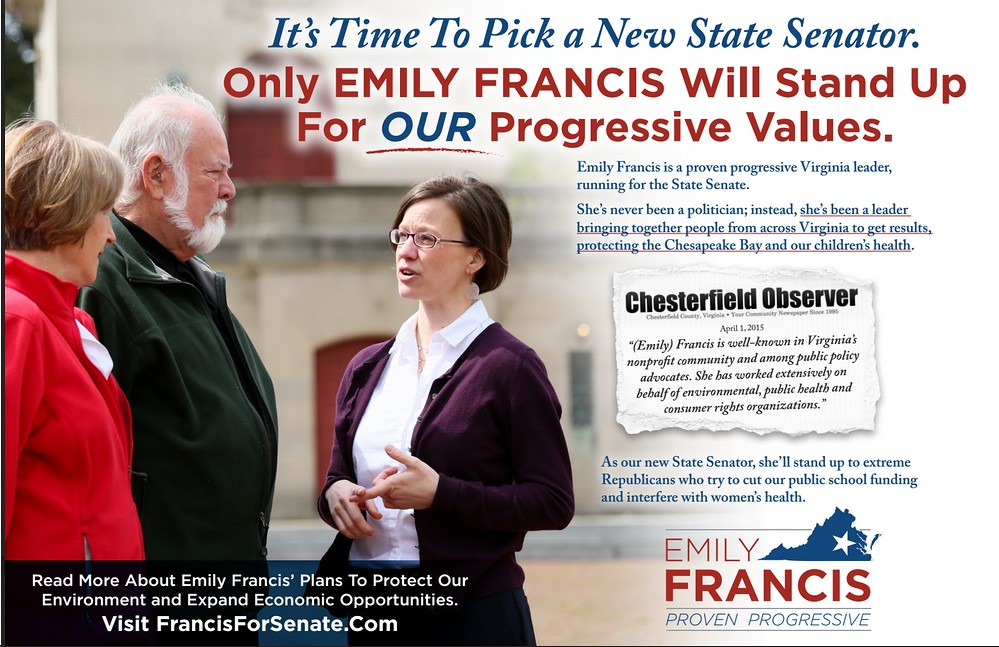 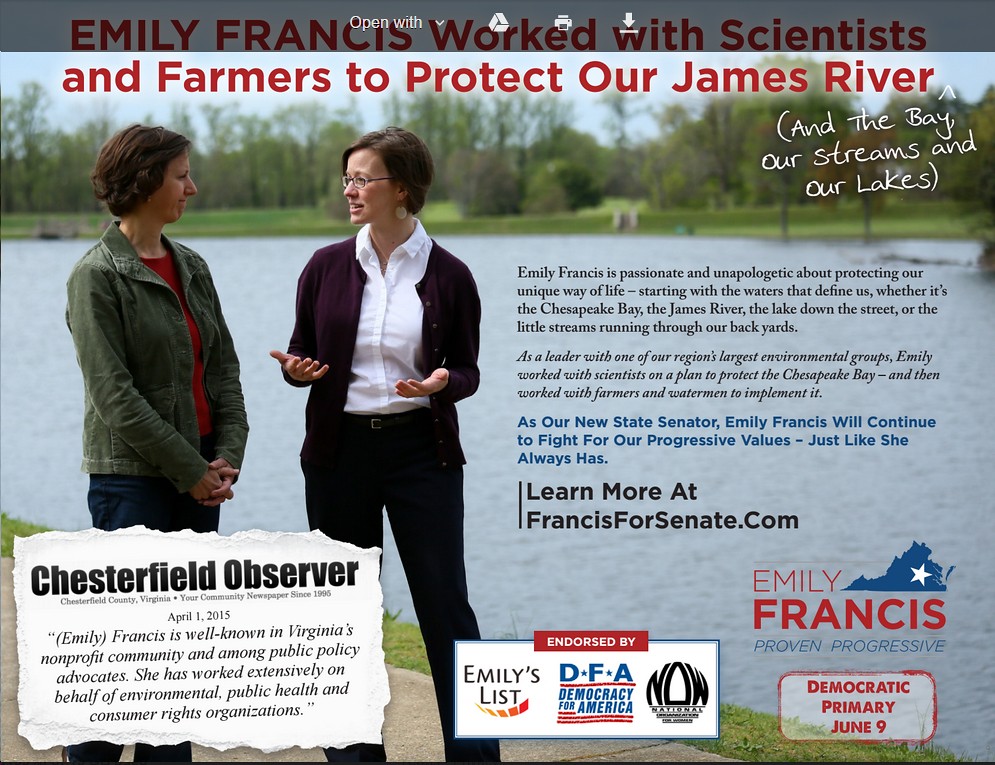