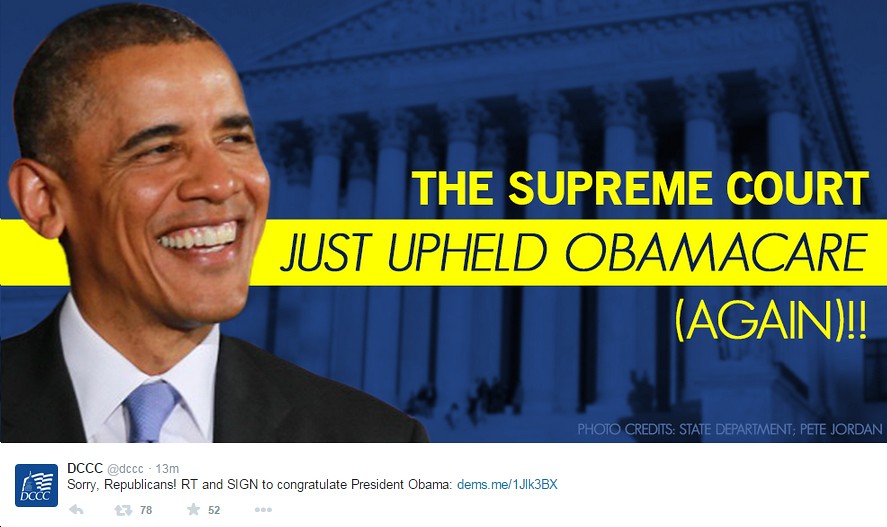 The Supreme Court on Thursday upheld a key provision of the Affordable Care Act and agreed with the Obama administration that government subsidies that make health insurance affordable for millions of Americans should be available to all.

By a 6-3 vote, a divided court affirmed an Internal Revenue Service ruling that the subsidies should be available not only in states that have set up their own health insurance exchanges, but also in states where consumers rely on the federal government exchange.

I applaud the Supreme Court for its decision to uphold the important tax credits that millions of Americans – including nearly 300,000 in Virginia – rely on to access high quality, affordable health care. The decision is a direct rejection of the heartless effort led by health care law opponents to push families – many of whom have insurance coverage for the first time – back into the ranks of the vulnerable uninsured.

A usual, Republicans SHOULD be ashamed of themelves but won’t be.