Meanwhile, on the Democratic side, the sane, sensible Hillary Clinton’s got a huge lead for the nomination, and also a nice lead over Jeb Bush (which widens to a HUGE lead if Trump runs as an independent – pleasepleaseplease!) in the general election. Good times…if you’re a Democrat, that is. Donald Trump, please don’t go away anytime soon! 🙂 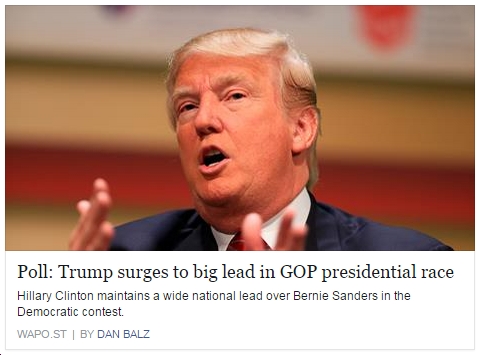