I’m kinda curious, was E.W. Jackson angry at President Reagan when he spoke in Ireland in 1984 and said, “I’m certainly proud to be part of that great Irish American tradition…My roots in Ballyporeen, County Tipperary, are little different than millions of other Americans who find their roots in towns and counties all over the Isle of Erin?” Did Jackson think that Reagan was a “divider” not a “uniter?” Was he offended at Reagan’s frequent references to being Irish-American? Somehow, I doubt it. 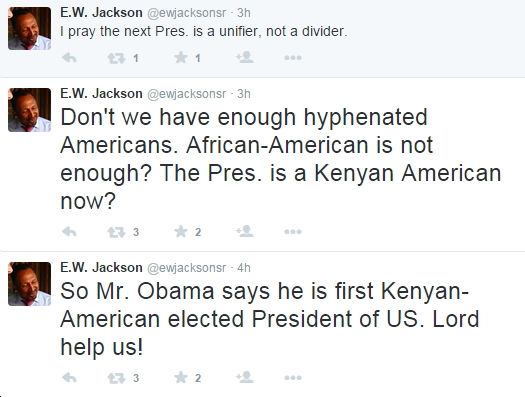 Cook Political Report Shifts VA Governor’s Race to “Toss Up”; With Early Voting Off to Sluggish Start, It’s Time For Democrats to Fire Up...

Friday News: “Our constitutional crisis is already here”; “The Jan. 6...