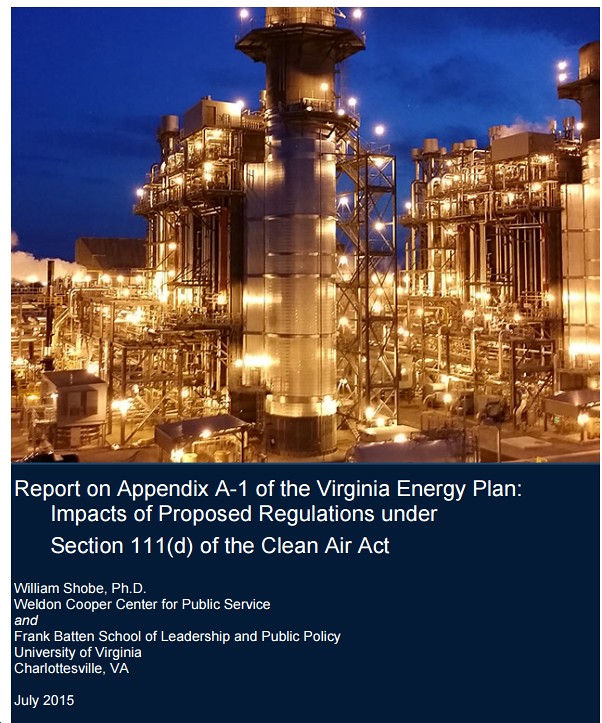 Starting in late September 2014, we’ve cross-posted four excellent, investigative journalism pieces related to Virginia by Scott Peterson, Executive Director at the watchdog group Checks and Balances Project (the goal: “Hold government officials and lobbyists accountable on energy, sustainability, and public policy.”). The pieces are: 1) Why Did the McAuliffe Administration Hire Dr. Michael Karmis?; 2) Is Karmis Too Conflicted to Analyze How Virginia Can Respond to Fed’s Clean Power Plan?; 3) Questions Multiply Around Virginia’s Hiring of Coal Advocate to Write Key Energy Study; 4) Is Virginia Tech’s Coal Center Director Evading Questions to Shield Donors?. To briefly sum up the problem, here are a few excerpts from the Checks and Balances investigative pieces:

…the Virginia legislature passed a bill that requires the McAuliffe Administration to evaluate the costs and benefits to the state of complying with the U.S. Environmental Protection Agency’s Clean Power Plan...The Administration tasked its Department of Mines, Minerals and Energy (DMME) to produce the analysis. DMME hired Michael E. Karmis, PhD…Professor Karmis is a curious choice. He is considered the state’s leading academic expert in coal… He is an active consultant to the mining industry. Karmis is the go-to man if you want to know just about anything related to coal in the Commonwealth….Karmis is evading basic questions about whether clean energy experts were consulted in his critical cost-benefit analysis of how Virginia can meet its federal Clean Power Plan (CPP) goals.  This raises the possibility that Dr. Karmis, director of the Virginia Center for Coal and Energy Research, is shielding donors from legitimate public scrutiny…the cost-benefit analysis was mandated by the legislature, is relied upon by the Governor, and is included in the Virginia Energy Plan. As we’ve reported before, Karmis is a curious choice to author this foundational document…Karmis’s Coal Center is heavily oriented to only one, highly-polluting energy source – coal. The Center’s website lists a number of significant players in the coal industry as Sponsors that provide “generous financial contributions.”

As Scott Peterson notes, that’s a “good question,” as it raises all kinds of appearances of (pro-coal-industry, ant-renewable-energy) bias, possibly even impropriety and undue influence. This matters a great deal, because as Peter Galuszka writes, “Karmis’s report was a foundation document used by the State Corporation Commission staff when it gave a big thumbs down to the U.S. EPA’s proposed rules to cut carbon dioxide.”

So…no, this isn’t just an academic exercise, but has real, possibly disastrous, public policy implications, including the Virginia State Corporation Commission’s bizarre, rogue report attacking the EPA’s Clean Power Plan (CPP) as supposedly harmful to Virginia’s economy, which is the exact opposite of reality. With the CPP about to be finalized, and with Virginia needing to figure out how it will comply, these analyses matter, and if they’re wildly flawed and/or biased in favor of the coal industry, that’s a huge problem. Sadly, that appears to be the case here.

But wait, you might argue (if you are hell-bent on defending the indefensible), just because an organization gets coal-industry funding, has people who have spent their entire careers shilling for the fossil fuel industry, etc., doesn’t necessarily mean their analyses are biased? I mean, it’s theoretically POSSIBLE that they could have had a sudden burst of independence and integrity after years of having none, right? Well, sure, in theory.

But in reality, at least in this case…uh, no. Instead, check out this devastating demolition of Karmis’ coal center’s/Chmura Economics and Analytics’ work, by William Shobe, Ph.D. of the Weldon Cooper Center for Public Service and Frank Batten School of Leadership and Public Policy at the University of Virginia. The bottom line is that Chmura’s “analysis” “is deeply flawed and could lead the public policy debate down an unproductive path.”

The report contains a number of large errors including a double counting of costs that overstates compliance costs by half. The  study establishes an incorrect baseline for calculating the costs of changes needed for  compliance. The study fails to provide even;handed treatment of uncertainties,  emphasizing only those uncertainties that serve to overstate compliance costs. Finally, the study focuses its analysis only on unrealistic, high-cost options for compliance, while giving  only the most cursory and dismissive treatment of the options that most observers believe  will form the core of cost-effective compliance options. In short, the report is almost certainly worse than no study at all because it misstates likely costs, analyzes irrelevant options, and gives short shrift to the cases that really matter.

This can get highly technical, but the bottom line is that this “analysis” is not worth the paper it was written on. Among other problems, it bizarrely “double counts compliance costs” in a manner that would be analogous to you “going to two car repair shops for bids on fixing your brakes and then adding the different bids together to get the total cost of the repairs.” Crazy, I know. But that’s just one of many fatal flaws in the Chmura “analysis,” any one of which should have had this “analysis” laughed out of the room.

*”Overstates expected fossil fuel generation by at least 5,800 gigawatt hours per  year by underestimating the likely use of renewable fuels and energy  conservation.”

*”Made a calculation mistake that cut the estimated benefits of emission  reductions by more than 40%.”

*”Overstated estimates of the negative economic effects of the regulations by  mischaracterizing Virginia coal markets.”

*”Fails to provide a full analysis of the option of building the third reactor at the  North Anna Nuclear Power Station.”

*”Overestimated the rate of growth in electricity demand.”

*”Does not analyze any cases of cooperation between states, even though such  cooperation is a known way to lower compliance costs.”

*”Misinterpreted, on at least two occasions, analysis provided by the EPA in the  EPA’s regulatory impact analysis of its proposed rule.”

*”Incorrectly characterized the results of a U.S. GAO report on EPA’s use of  “social cost of carbon” estimates.”

The result of all these errors is to give a wildly warped view of the Clean Power Plan’s impact on Virginia, one the brain-dead corporate media simply regurgitated, by the way, with no critical analysis whatsoever (let alone the type of investigative journalism done by the Checks and Balances Project). In fact, as Professor Shobe’s review finds, “Once corrected for double counting, the analysis shows positive net benefits of reducing CO2 emissions.” Hey, details details, right?

Oh, and if all that’s not bad enough, “A disturbing  fact about this list of errors and  inappropriate  assumptions is that they all tend to overstate  the  likely cost of emission reductions and, in turn, the cost of compliance with the new rules limiting emissions of greenhouse gases.”

That’s right, all the errorts biased the coal-industry-funded report in the same, anti-clean-energy direction. You’d expect if the report had just been randomly shoddy, by people who were simply incompetent, that errors would have cut in both directions, but nooooo.  Instead, the errors are all systematically in one direction – the one that benefits the fossil fuel folks’ interests. And that, my friends, is about as definitive proof of bias and essentially corrruption as you’re ever going to find.

The question is, what are the General Assembly, Gov. McAuliffe et al going to DO about this situation? Are they going to clean house, for instance, at the State Corporation Commission? Are they going to sever all ties with the Virginia Center for Coal and Energy Research? Are they going to launch investigations of this stinks-to-high-heaven situation? Or are we, more likely, going get dead silence and business as usual from the powers that be? I’d say the overwhelming likelihood is that last option, but I hope to be proven wrong.