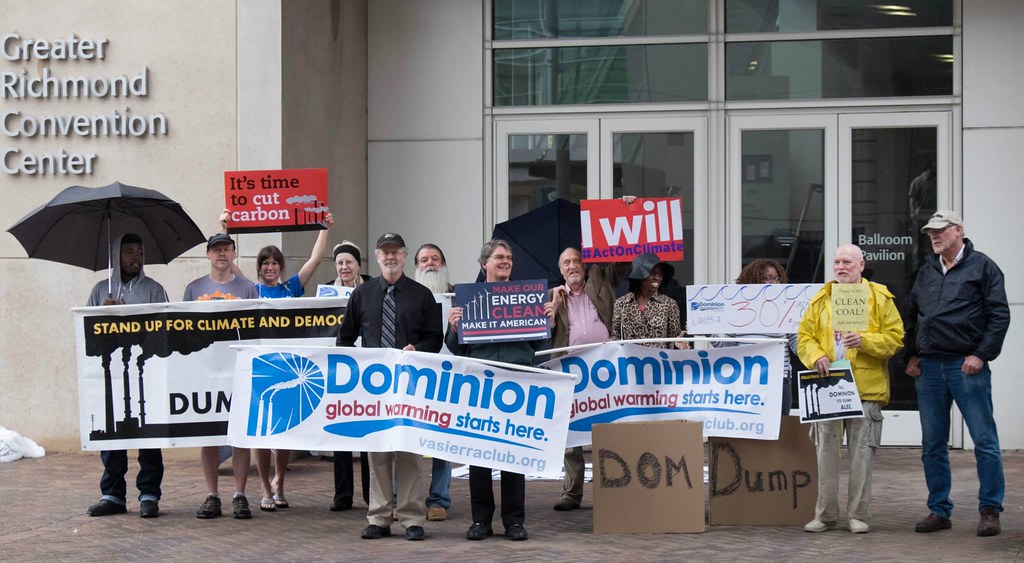 For once, let me give Dominion “Global Warming Starts Here” Power a tiny bit of credit: despite essentially buying (“sponsoring”) a Virginia political blog, for whatever reason they still haven’t purged pro-clean-energy and environmentalist writer Peter Galuszka from the site. And until they do, it appears that Galuszka will continue to rain body blows on this horrible company. For instance, see Galuszka’s latest, Renewable Energy: A Tale of Two Virginias. A few key points:

*There’s one Virginia that includes the state’s “traditional political and business elite, including Dominion Resources and large manufacturers, the State Corporation Commission and others,” which “insist that the state must stick with big, base-loaded electricity generating plants like nuclear and natural gas – not so much solar and wind -to ensure that prices for business are kept low.”

*Then there’s the new, up-and-coming Virginia, with “the most successful and younger Web-based firms” looking instead to “use 100 per cent of their electricity from renewable sources,” investing their own money to build said renewable energy generating capacity, and in the meantime “bypassing traditional utilities like Dominion which have been sluggish in moving to wind and solar.”

*Thus, we have a case of a huge wind farm being built (by Amazon and Iberdrola) just a few miles outside of Virginia – in “red” North Carolina, which believe it or not has had much better policies when it comes to clean energy than “purple” Virginia does – and also a big solar farm (again, by Amazon – with no participation by Dominion, of course) in “Accomack County on the Eastern Shore.”

Meanwhile, Dominion continues with its head buried in the sand, clinging to a dying, antiquated, top-down, state-protected-monopoly model, even as clean energy costs plummet and even as distributed energy, storage, microgrids, and other innovative technologies (not to mention financing methods) take off. As I’ve written previously, the consquences to Dominion of not adapting the rapidly changing world could be the dreaded utility “death spiral,” but they don’t seem to care, counting on their bought-and-paid-for buddies in the Virginia General Assembly to protect them for a few more years.

How badly is Dominion Power harming Virginia’s economy, people and businesses?  It’s hard to quantify, but just imagine if Virginia could offer the hottest companies clean, cheap power – as well as flexibility as to how they produce and/or source that power –  in perpetuity, instead of the failed/failing “same ol’ same old?”  Keep in mind that Austin (Texas) Power recently was offered “solar power from developers at record low prices” (how does “less than $0.04 per kWh” sound?). Also see articles like Price of US Wind Power at ‘All-Time Low’ of 2.5 Cents per Kilowatt-Hour to see where we COULD be heading, if it weren’t for Dominion Power and its bought-and-paid-for puppets in the state legislature. For comparison purposes, according to EIA, Virginia’s average retail power price in 2013 was around 9 cents per kilowatt-hour, produced by Dominion’s power mix of mostly filthy coal, problematic nuclear (also extremely expensive to build new units) and (mostly fracked) natural gas plants. Brilliant, huh? Nope. So why the he** do we put up with this nonsense?