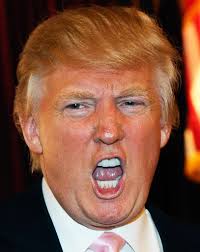 I do not believe that there has ever been anything in American history like what has happened in the political arena since Donald Trump’s announcement of his candidacy for president.

About this phenomenon, I’ve got questions more than answers. But maybe raising the questions will lead this community to find its way toward answers.

The first question looks back behind the phenomenon to find what in the contemporary condition of America makes this unprecedented phenomenon possible:

What does it mean that a man can speak and act like Donald Trump has been doing and come out leading the pack in polls of Republican voters?

I’ve got thoughts of a general kind — Trump’s rise fits in a general way with the picture I paint in my new book WHAT WE’RE UP AGAINST — but would be glad to see the picture in greater resolution.

I agree with John McCain about Trump “firing up the crazies.” And I agree with pundits who say that “the Republican Party is reaping what it has sown,” because the force that’s taken over the Republican Party (since, say, the rise of Newt Gingrich and Rush Limbaugh) has specialized in fomenting craziness in a large swath of the American public that has tuned its attenna to the fear-mongering, hate-mongering, reality-detached signal on the right.

But that only begins to scratch the surface, and the question remains to be addressed.

Then the second question leads out from this remarkable phenomenon in search of how the political scenario for the nation will be affected by Trump’s rise to his present domination of political discourse and of the Republican field.

In what ways will the scenario of American politics play out differently up through the election of 2016 than it would have had Trump not jumped into the arena?

Where the future is concerned, a whole new set of uncertainties besets us. (Although the saying that “hindsight is 20/20” is clearly not true — think of how the South has characterized its reasons for fighting the Civil War — at least what happened already happened.) And with the Trump phenomenon, it surely matters whether he fades quickly like a Herman Cain or, as I expect, remains a factor for months to come. And foresight is surely not 20/20.

But Trump’s taking up all the attention-space may already be having important consequences.

On MSNBC last night, Steve Karnacki indicated that 1) Ohio governor John Kasich may be the Republican candidate with the best chance of winning the general election, 2) Kasich’s present standing in the polls would deny him a place in the first presidential debate in a couple of weeks, and 3) without being able to get attention, because of the Trump phenomenon, his candidacy might well be suffocated before he even gets well started.

There’s also the question of how Trump’s ugly pronouncements will affect the Republican brand.

He is at the same time different from and similar to the other candidates. As many have pointed out, the ideas, positions, impulses, attitudes, etc. that Trump puts out are at a fundamental level those of the Party as a whole. But he just presents it more blatantly. You might say, he uses a whistle the whole stadium can hear, rather than the dog whistle that most Republican politicians use.

So how will Trump’s run affect public perceptions.

1) Will people recoil from a Party that wears such a face for however long, with the support of a goodly chunk of its electorate? Or

2) Will Trump make the other candidates — and the eventual nominee — look more benign, by comparison, than would be the case without Trump?

It is a question, in other words, as to whether Trump’s impact will be to discredit the Party by exposing the ugly force that’s taken over the GOP or whether he will distract people from noticing the more subtle ways this ugliness is manifested in the Party as a whole.