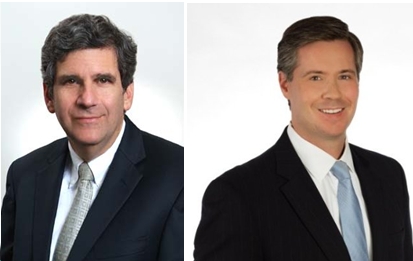 In the run up to the June Democratic primary for VA Senate, voters in the 10th district were flooded with direct mail. The three Democratic candidates – Emily Francis, Alex McMurtrie, and eventual winner Dan Gecker, sent mailers almost daily. I live in the 10th, and without even trying had collected a pile of about 30 pieces of mail, evenly distributed among the candidates.

Now it starts again, as the general election approaches. Both Gecker and Republican nominee Glen Sturtevant sent mailers this week. And we're waiting to see what Libertarian Carl Loser and inexplicable independent candidate Marleen Durfee have to send – or, really, what they have to spend.

Campaigns like direct mail – it's cheaper than TV, of course, but it also makes more sense in a small local election when the district is smaller than the TV market. Why pay for TV ads that will show mostly outside the district? (Of course, both Sturtevant and Gecker are also investing in TV ads – you can't ignore what is still seen as the best way of reaching voters.) However, the message in direct mail can be refined and targeted more easily than TV, since candidates can use a series of mailers to tell a longer story about their candidacy.

The early returns: Sturtevant will tie his campaign to national issues. He says his priorities are “better schools and more jobs, not expanding government entitlement programs.” Never mind that most of those programs are federal and wouldn't be affected by the VA Senate – he's clearly playing to his base. And there is the remaining issue of VA Medicaid expansion, which Sturtevant somewhat disingenuously ties to education funding. (Medicaid expansion would be covered by additional federal funds, and not affect what VA pays for education, at least over the next few years.)

Gecker, as in the primary, is playing up his role as a family man and arguing he's working for women and “working families.” The latest mailer featured a prominent picture not of Gecker, but of constituent “Kathie F.” of Chesterfield, who supports Gecker because of “job growth, equal pay, and paid sick leave.” So he's relying on the recent VA Dem playbook of talking about women and what are ostensibly women's issues, in hopes of firing up the base AND reaching across the aisle to Republican-leaning women.

Advertisers love direct mail because you can actually measure response in a way not allowed for with most other kinds of ads; if you send a letter asking for donations, you can count how many envelopes come back. That's not really the case here, where the mailers are meant to produce the same kind of return as the TV ads: votes. But clearly both the major campaigns are counting on mailers to get their message out to voters.