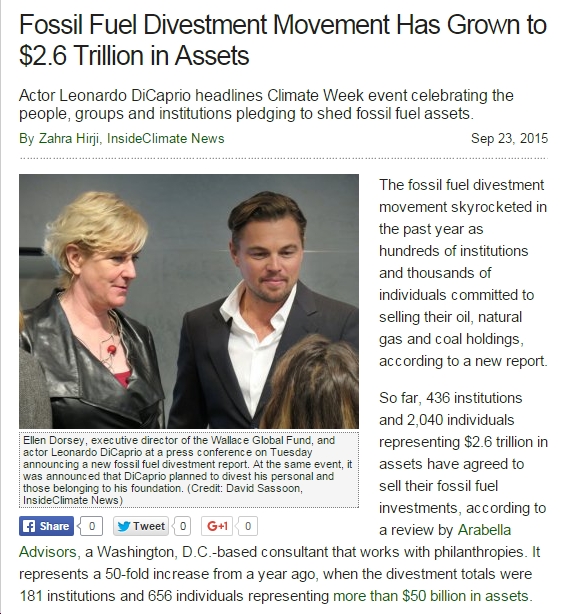 Clearly, the VRS should ditch ExxonMobil, particularly in light of the explosive InsideClimate News series on Exxon’s decision to engage in a deliberate, well-funded campaign of climate science denial, even after their own research “Confirmed Fossil Fuels’ Role in Global Warming Decades Ago.”

Meanwhile, the Jesuit Divestment Network this week urged Pope Francis to divest the Vatican from fossil fuel investments; and we learned this week that “Massachusetts’ public pension fund lost more than half a billion dollars due to fossil fuel investments during the fiscal year that ended in June, according to new data analysis released Monday from Trillium Group.” On that latter story, note that Massachusetts got the worst of all worlds on that one — investing in toxic fossil fuels that are poisoning the planet while losing money in the process. The question is, how much longer will Virginia do the same?

P.S. For a list of VRS participating employers, see page 224 of this report. A few that jumped out at me because they are ostensibly progressive jurisdictions and/or are going to be under water due to fossil-fuel-induced global warming within a few decades include: City of Alexandria, Arlington County Schools, Fairfax County Schools, Charlottesville Public Schools; City of Virginia Beach; City of Norfolk; etc.