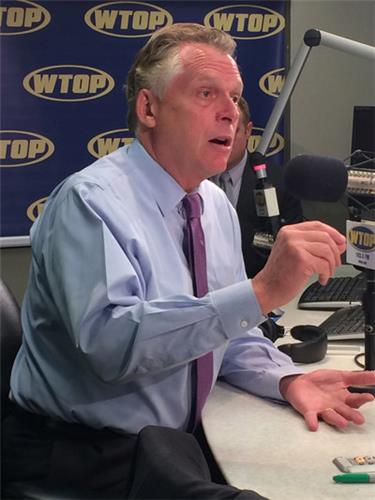 Gov. McAuliffe was just on WTOP’s “Ask the Governor” show, and he certainly had some interesting things to say. Hopefully the audio will be available today, but for now, here are some tweets by Max Smith of WTOP and Travis Fain of the Daily Press. I particularly liked McAuliffe’s comments on how so many politicians are “bought and paid for by the NRA” and on the Republicans’ idiocy with regard to I-66 (seriously, these are the LAST people on earth we should be listening to when it comes to transportation, land-use, etc.). As for McAuliffe’s comment regarding Hillary Clinton’s VP possibilities, I’ve got a few thoughts. First, let’s see if Hillary Clinton gets the nomination first, as that’s far from a “done deal.” Second, as far the “short list,” I strongly doubt that Terry McAuliffe would be on it, certainly not ahead of Tim Kaine. Third, I strongly doubt that Mark Warner would be on Hillary Clinton’s short list, but I suppose you never know.

@amaxsmith McAuliffe on @WTOP says he doesn’t have info himself on backgrounds of #wmata GM candidates. Reiterates he supports transit background

@amaxsmith McAuliffe on @WTOP: #wmata to have new GM by end of November. Interviewing finalists.

@amaxsmith McAuliffe on GOP calls to end #i66 plans – they don’t know what they’re talking about. Cites inside Beltway plans

@amaxsmith McAuliffe on @WTOP re: whether he’d leave for Hillary admin: “I love being governor and I’m not leaving (until my term ends)”

‏@WTOP McAuliffe on Hillary’s veep candidates: We have two great candidates on the short list. Mark Warner and Tim Kaine. I love being governor.

@TravisFain McAuliffe on shootings: “If we can stop one we need to do it…. unfortunately we have politicians who are bought and paid for by the NRA.” 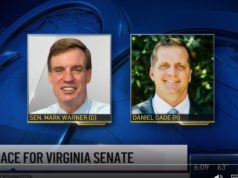 Virginia Leaders React to Grand Jury Decision in Breonna Taylor Case (Sen. Tim Kaine: ""Breonna Taylor was wrongly killed by police and there is no justice or accountability") https://bluevirginia.us/2020/09/virginia-leaders-react-to-grand-jury-decision-in-breonna-taylor-case via @bluevirginia