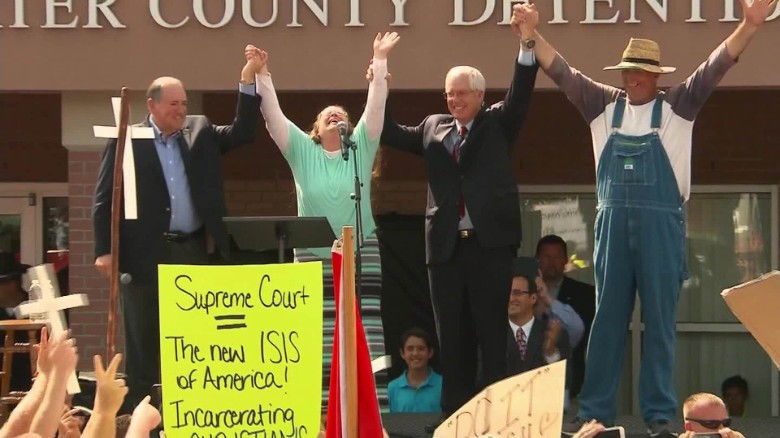 The GOP-controlled Virginia General Assembly’s in session, which means that disgusting bill after disgusting bill is pouring out of there like one of those antiquated combined sewer/runoff systems during a heavy rainstorm. Bottom line: it ain’t pretty, it smells really bad, and it harms everything it touches.

The latest examples? Let’s start with nasty anti-LGBT discrimination, in the Orwellian guise of something called “Government Nondiscrimination.” As the Virginia House Democratic Caucus writes:

Today, the House of Delegates enshrined in Virginia code the right to discriminate for people who hold certain religious beliefs about extramarital sex, same-sex marriage, and the transgender community. The bill passed on a 56-41 vote.

HB 773, patroned by Delegate Todd Gilbert, is a Kim Davis inspired bill that allows discrimination against same-sex couples, transgender people, or those engaging in extramarital sex within any government entity – from clerks of court to school sports coaches. The bill would prohibit government from taking action against employees who refuse to do their job because it goes against their personal religious beliefs, and would allow clerks and others to refuse to provide service if they have a religious objection to doing so.

“HB 773 creates a quasi-protected class of people who are given a license to discriminate based on religious beliefs,” said David J. Toscano, Democratic Leader. “Jefferson and the founders felt strongly about religious freedom, but this bill would permit religious beliefs to justify discriminatory acts, something firmly disfavored by our Constitution.”

“Giving preference to one person’s religious beliefs over those of another is offensive and promotes inequality,” said Charniele Herring, Democratic Caucus Chair. “Ensuring that all Virginians are equal in the eyes of the law should be the goal of the General Assembly. Granting a free pass to discriminate is simply wrong.”

Disgusting. But wait, there’s more! See the “flip” for the Virginia House Dems’ statement on passage of a far-right-wing bill to defund Planned Parenthood. Sad to say, this type of garbage – along with assaults on the environment, on the right to vote, on ethics, etc, etc. – on  will continue until Republicans no longer run the Virginia General Assembly.


Today, on the last day before crossover, the Virginia House of Delegates passed HB 1090. Patroned by Delegate Ben Cline, the bill prohibits public funding of clinics that provide abortions for cases other than rape, incest, or life-endangerment. The language of this bill makes it clear that the patron is attempting to single out Planned Parenthood and its affiliates, which provide various health services such as cancer screenings, birth control consultations, and even primary care services. The bill passed on a 64-35 vote.

“Access to adequate health care is a basic need for a healthy, viable workforce,” said David J. Toscano, Democratic Leader. “Bills like HB 1090 are distractions that attempt to play partisan politics with Virginians’ health, as opposed to being focused on keeping our workforce healthy to continue building the New Virginia Economy.”

“Restricting a woman’s access to safe, affordable health care choices is just another way that House Republicans are trying to impose their personal feelings on abortion onto all Virginia women,” said Charniele Herring, Democratic Caucus Chair. “This question shouldn’t even be about abortion – it should be about the thousands of women who receive cancer screenings and family planning consultations. It should be about keeping Virginia women healthy and find opportunity in the New Virginia Economy. Voting to remove this critical funding is voting against a woman’s ability to access the healthcare of her choice, and support and raise a healthy family in the Commonwealth.” 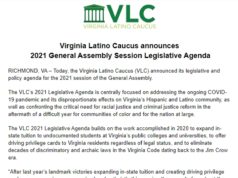