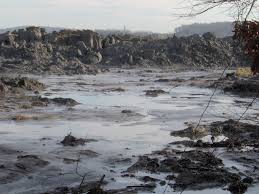 A classic case of corruption and a governmental regulatory agency “captured” by the very industries/companies it is SUPPOSED to be regulating. Not that I’m surprised, as I’ve been saying this for ages, but here’s some hard evidence courtesy of WAMU and the Chesapeake Climate Action Network (CCAN). It’s also further evidence that Dominion Power is on an out-of-control power trip. In a sane world, of course, a bunch of these guys would be in serious legal hot water for blatant corruption. Unfortunately, we don’t live in a sane world, we live in the world of “legalized corruption” known as the Commonwealth of Virginia. So don’t hold your breath waiting for anyone to file charges, propose breaking up Dominion Power, doing a major housecleaning at DEQ, etc.

WAMU reveals that Virginia’s top environmental regulator took a golf vacation on Dominion’s dime
RICHMOND—A major DC media outlet published an exposé this afternoon detailing how the money and political influence of Dominion Virginia Power has touched all levels of Virginia’s response to the company’s controversial plans to discharge toxic coal ash wastewater into rivers. In the most alarming example, Virginia’s chief environmental regulator, David Paylor, accepted lavish gifts from Dominion Virginia Power despite being the primary state official entrusted with overseeing Dominion’s compliance with state environmental laws.
The news story, published this afternoon on Washington’s WAMU, shows that Paylor let Dominion — the state’s largest utility company and biggest polluter — pay his way to the 2013 Masters’ golf tournament in Augusta, Georgia, a trip valued at $2,300. Additionally, Dominion paid for Paylor’s $1,200 party tab at a nearby Irish pub.
Paylor was already serving as director of the Virginia Department of Environmental Quality when he accepted these gifts — which Dominion admits would be illegal under recently updated state ethics laws. He is now the top state official responsible for regulating Dominion’s coal ash disposal plans.
“Dominion’s influence over Virginia’s General Assembly has been apparent for years, but now it appears to extend to the same regulators entrusted to police the company’s pollution,” said Mike Tidwell, director of the Chesapeake Climate Action Network. “David Paylor vacationed on Dominion’s dime while he was simultaneously entrusted with protecting the public from Dominion’s pollution. This is a stunning conflict of interest.”
Even before today’s revelations, Paylor had come under increasing fire for lax oversight of Dominion. For months, Paylor misinformed the public about Dominion’s secretive and potentially illegal dumping of nearly 30 million gallons of untreated coal ash wastewater into Quantico Creek, a tributary of the Potomac River, in May 2015. Paylor had repeatedly claimed that “no water was discharged,” a claim that was later proven false by Dominion and DEQ’s own admission. The Potomac Riverkeeper Network has called for a criminal investigation by the Environmental Protection Agency.
In January, DEQ signed off on permits that allow Dominion to release millions of gallons of coal ash wastewater into the Potomac and James Rivers without requiring the use of best available technology to first remove harmful toxins. The permits originally allowed Dominion to discharge toxins like arsenic at levels that far exceed limits set by regulators in neighboring North Carolina. Dominion has since voluntarily agreed to stronger treatment plans following numerous protests and legal challenges. The Potomac Riverkeeper Network, represented by the Southern Environmental Law Center, and the state of Maryland continue to challenge the Potomac permit in court.
Meanwhile, for decades, Virginia regulators have looked the other way while coal ash pollution has leaked from Dominion’s Possum Point Power Plant along Quantico Creek and Chesapeake Energy Center along the Elizabeth River. Yet, Paylor’s DEQ is now preparing to let Dominion “cap” those pits in place without any protective lining. This plan would allow toxic leaching to continue into surrounding groundwater for decades, even as utilities in North and South Carolina move coal ash to modern, lined landfills equipped to protect against contamination.
“Virginians deserve regulators who they can trust will hold Dominion accountable to the highest standards under the law, not the lowest,” concluded Tidwell. “The decisions Paylor is making now will have a huge impact on the health of Virginia waterways and citizens for years to come. How can we trust he is putting the health of Virginians above the profits of Dominion?”
The WAMU story further documents Dominion ties to key state legislators and a member of the Water Control Board involved in votes related to the company’s coal ash plans.
There's no paywall on Blue Virginia, and we definitely want to keep it that way! If you want to help support our work, you can donate here - thanks! Also, you can sign up for our weekly email list here.