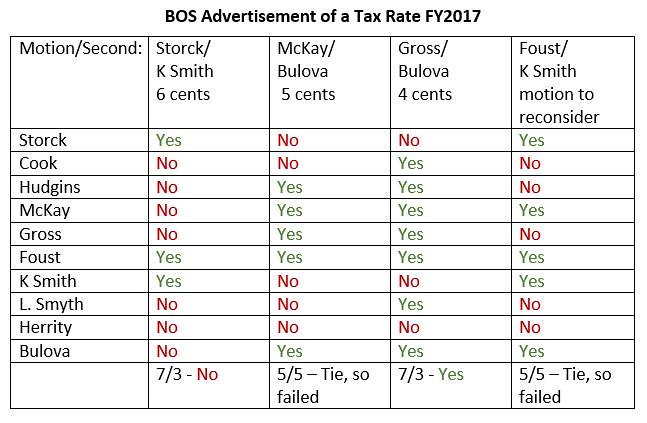 So much for State Senator Scott Surovell’s proposal to “advertise a dime” (per $100 of assessed value) increase in Fairfax County’s property tax rate. A few days ago, I wrote about some of the background to what Surovell (D) was proposing, including Fairfax County Board member Jeff McKay (D) blaming it on all on the Virginia General Assembly (a red herring, in my view, as there is no way in hell the GOP-controlled legislature is going to throw tens of millions of dollars at one of the wealthiest counties in the country) and calling it “extremism.” Since then, a lot has happened. The main development occurred yesterday.

The Fairfax County Board of Supervisors on Tuesday passed a new cap on property taxes that would allow homeowners’ bills to increase by an average of $304 in Virginia’s largest jurisdiction.

The 7-to-3 vote means that the board can increase the property tax rate by no more than 4 cents, to $1.13 per $100 of assessed value, when it adopts its fiscal 2017 budget in April. Four cents is the amount recommended by County Executive Edward L. Long Jr. last month.

…A motion to raise property taxes by as much as 5 cents failed in a 5-to-5 tie. Another motion for a cap that is 6 cents higher than the current rate of $1.09 per $100 of assessed value got little support. 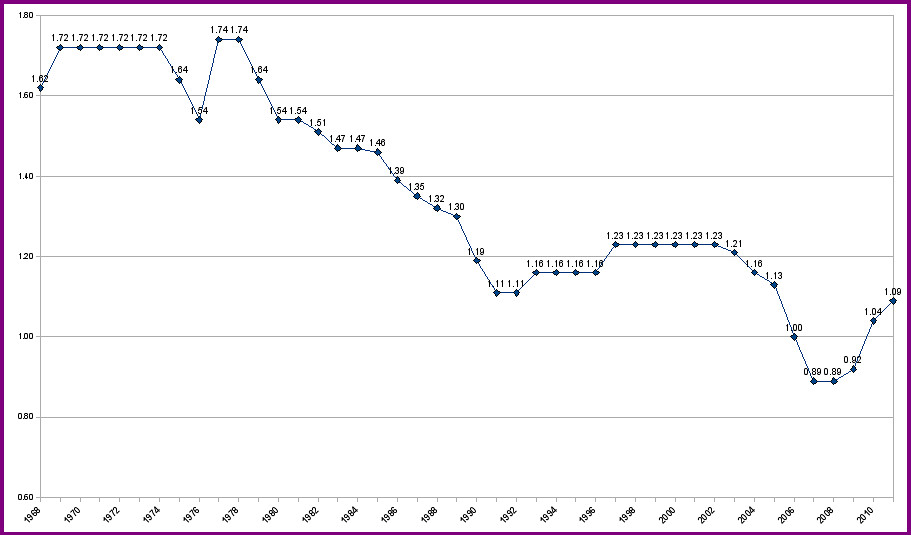 Turns out, almost nobody is happy with this decision. Anti-tax Republicans, who apparently don’t mind if Fairfax’s world-class schools and other services fall apart, of course don’t like ANY tax increases, even if rates today are well below the historical average for the county (they were over $1.20 per $100 as recently as the late 1990s and early 2000s; they fell to as low as $0.89 per $100 as the housing bubble caused a massive inflation in home values; they have now risen to $1.09 per $100 following the bursting of the housing bubble). Meanwhile, advocates for the Fairfax County Public Schools (FCPS) believe it’s irresponsible not to consider raising rates higher to fund teacher salaries and many other needs in the school system. For instance, here’s what FCPS Board Chair Pat Hynes (D) had to say on her Facebook page yesterday.

I want to thank the following Fairfax County Supervisors who today supported a 5-cent advertised tax rate, which would have made full funding of the schools and county budgets possible: Kathy Smith, Dan Storck, John Foust, Sharon Bulova and Jeff McKay. I am deeply disappointed that the following Supervisors voted against that proposal: Cathy Hudgins, Penny Gross, John Cook, Pat Herrity and Linda Smyth. As a result of the tie vote, the county’s advertised tax rate remains at 4 cents, ensuring that there will be insufficient funds for the county and school system’s needs. Those five Supervisors chose to ignore the thousands of constituents who have advocated for a voice in the budget deliberations. Now community advocates can only fight with each other over too little revenue. I’m sad for our families and our community.

Hynes added: “Dems have super-majorities on both boards and this is what we’re doing with it. Smith and Storck tried to push the conversation high enough so the community could participate and they got taken to the woodshed. Now we have no chance of funding the bare-bones budgets for schools and county. The party of good government?” Ouch.

Meanwhile, here’s what Sen.Surovell – who proposed advertising a dime increase in the property tax rate – had to say this afternoon.

Yesterday, the Fairfax County Board of Supervisors thumbed its nose at transparency, democracy, and public involvement. By adopting a maximum rate that is 2/3rd of what’s required to fully fund FCPS, the Board has guaranteed that the public won’t even be able to participate in a debate about fully funding our schools. Thanks to Supervisors Dan Storck, Kathy Smith for Supervisor, and Cathy Hudgins for fighting for Fairfax County’s children.

Now, here’s what first-term Supervisor Kathy Smith (D), who until recently served on the Fairfax County School Board, wrote this afternoon on her Facebook page.

…I supported advertising a rate of $1.15 (6 cent change) as the maximum tax rate. It’s worth noting that all of these votes were taken as a “maximum” rate- because the County is prohibited by law from enacting a higher rate than what we advertise. Some Board members supported a rate of $1.14 (5 cent change). Both the $1.15 and $1.14 rates failed for lack of a majority. Then the Board decided to enact a rate of $1.13 (4 cent change) which I voted against.

The unfortunate result is we have limited the discussion we can have on our county budget for this year. Moving forward, I hope that next year we will be able to advertise a tax rate that allows for a full community discussion…

And here’s an exchange this afternoon between Supervisor Jeff McKay and Supervisor Kathy Smith on Sen. Surovell’s Facebook wall. 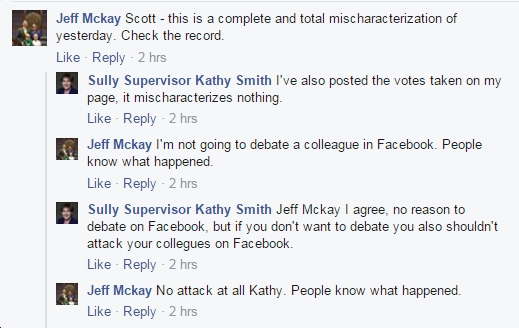 On and on it goes, where it stops…well, I guess we do know: the Fairfax County Public Schools won’t be fully funded, at least not in FY 2017. To me, this is clearly bad policy — a core function of government is to fully fund essential services, like the public schools, and not risk harming one of the key factors making Fairfax County successful in the first place. The question is why anyone who cares about the FCPS isn’t up in arms about this, as Fairfax County resident, Attorney Dan Press, most certainly is:

…The Board utterly ignored the will of the voters, as the last election of the school board and BoS was clearly a referendum in favor of fully funding the schools. By capping the advertised rate at a $0.04 increase, they tied their hands and denied the public the ability to even be heard on these critical issues.

And where has FCDC been in all of this? Nowhere. The Education Committee reorg meeting has been postponed, so we have no committee, and no leadership on this issue. That is intolerable. So, folks, I’m considering running for Chair of the Education Committee, because I haven’t heard the other candidates support the our School Board Chair Pat Hynes and the School Board’s proposed budget, nor Sen. Scott A. Surovell‘s campaign to ‪#‎AdvertiseADime‬. Why not? Why has FCDC remained silent?

The bottom line is that Fairfax County is facing tough choices: whether to raise property taxes sufficiently to fund their public schools and other needs, or possibly to add other taxes (e.g., a meals tax); or to NOT raise taxes sufficiently and watch their schools deteriorate. So far, the County Board’s choice has been kind of the worst of all worlds, in a way: not enough to fully fund the schools, but enough to piss off the anti-tax crowd regardless. Of course, this is not easy from a political perspective, but I’m not convinced that raising taxes is any more dangerous politically than being attacked for letting the schools fall apart. Could this be a case of bad policy AND bad politics? Seems to me that it very well could be…