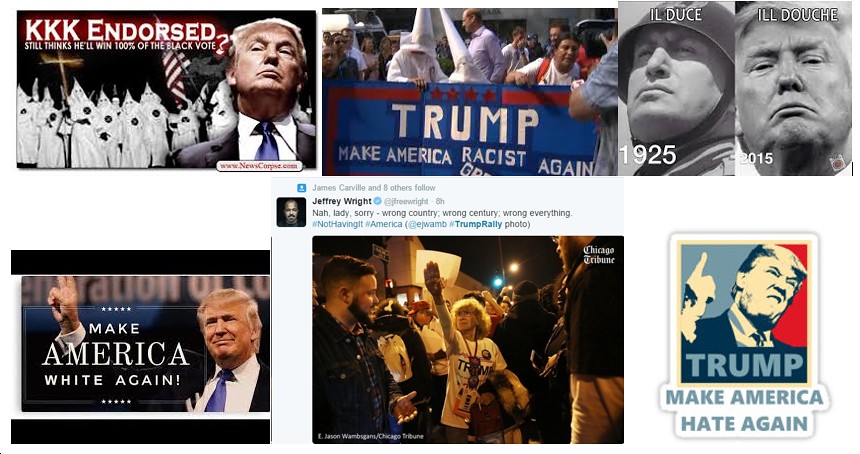 I read Seven top Republicans lay out how the GOP should respond to Trump as front-runner in this morning’s Washington Post, and was hoping that all seven would unequivocally: a) denounce Trump as un-Republican, un-Presidential and un-American; b) pledge not to vote for Trump no matter what, whether that means running an alternative GOP presidential candidate, staying home or voting for the Democratic nominee in November.

Instead, I saw a bunch of blather and moral cowardice from the likes of Haley Barbour (“As one who intends to support the Republican nominee”); Newt Gingrich (“It’s easy to forget that the establishment similarly disliked Reagan”), Jim Leach (some b.s. about who to make VP to Trump), Eric Cantor (says it’s not too late to stop Trump, which it probably is, but doesn’t say what HE will do if Trump’s the nominee), Ari Fleischer (“Republicans have long dreamed of growing the party with blue-collar, working-class Americans, and especially against Clinton, Trump has a chance to gain these new voters.”).

So where are all the Republicans who say “absolutely not, over my dead body, this dangerous neo-fascist bigot will NOT be our party’s nominee and if he is, I will NOT support him!?!” Until recently, I think it’s been semi-plausible for Republicans to hang back, because hey, Trump could collapse and RoboRubio could surge or whatever. But at this point, frankly, if you’re a Republican and you’re not unequivocally stating that under no circumstances will you support the neo-fascist bigot, the only conclusion that can be drawn is that you support the neo-fascist bigot. Which, in turns, means that you are no better than he is. Oh, and for those Republicans who have vowed never to support Trump, let’s see if you actually hold to those vows if and when it comes down to Clinton vs. Trump. It will be VERY revealing to watch…