The company that owns a gun store that recently opened in Arlington’s Lyon’s Park community is suing 64 people, saying that by protesting the store’s opening they participated in a “conspiracy to injure another in his trade or business.” Seven Virginia government officials are named in the suit, including Virginia state Delegates Mark H. Levine and Patrick Alan Hope and state Senators Janet Denison Howell and Barbara Favola. The store, NOVA Armory, is asking for $2,101,441.14; it says the damages include lost revenue, physical and personal protection expenses, phone number changes and time lost related to said phone number changes, and damages to the business’ good will and reputation. 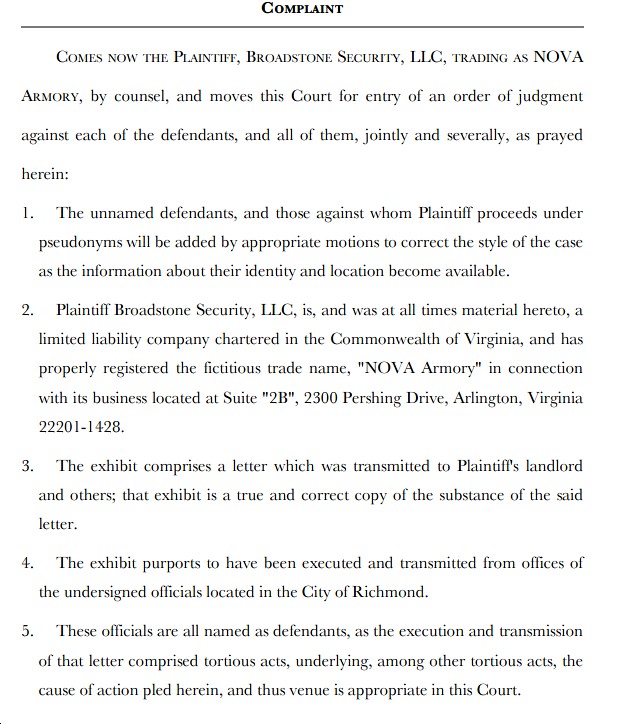 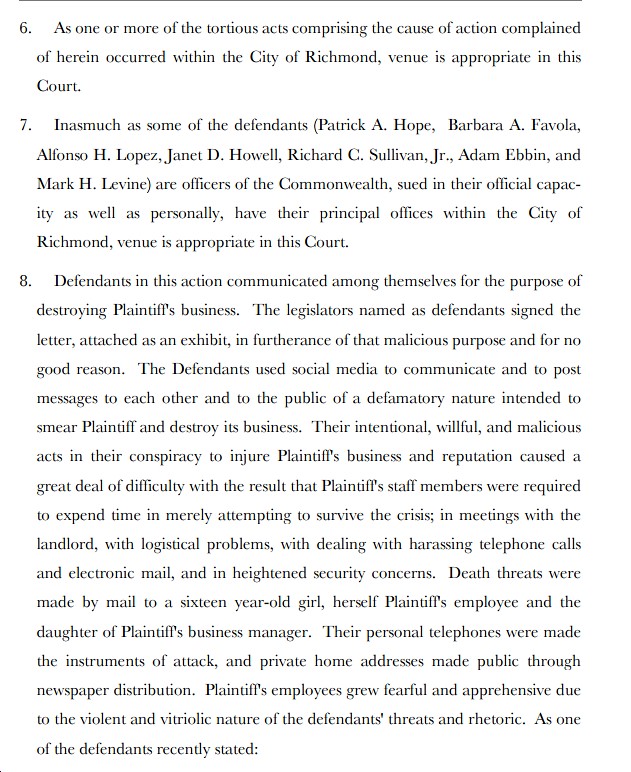 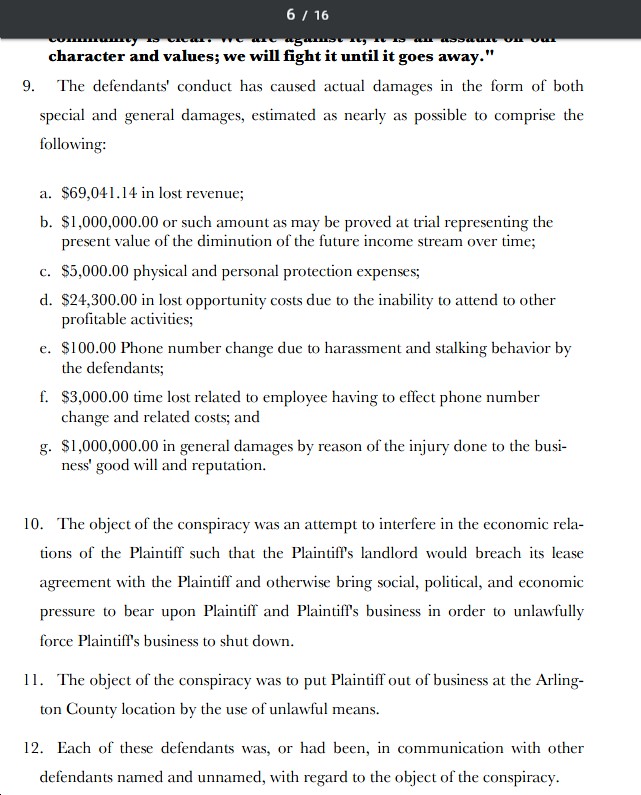 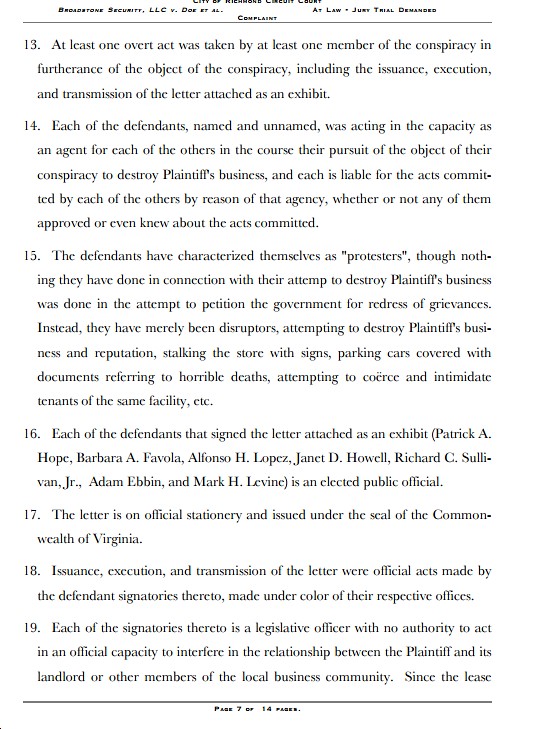 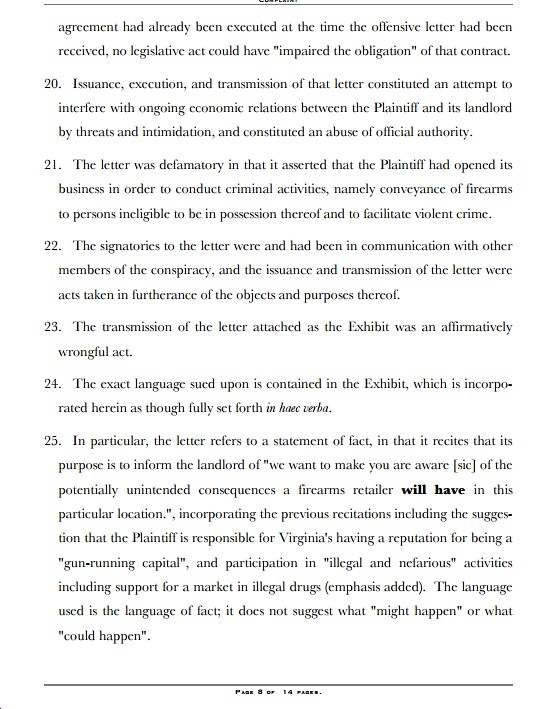 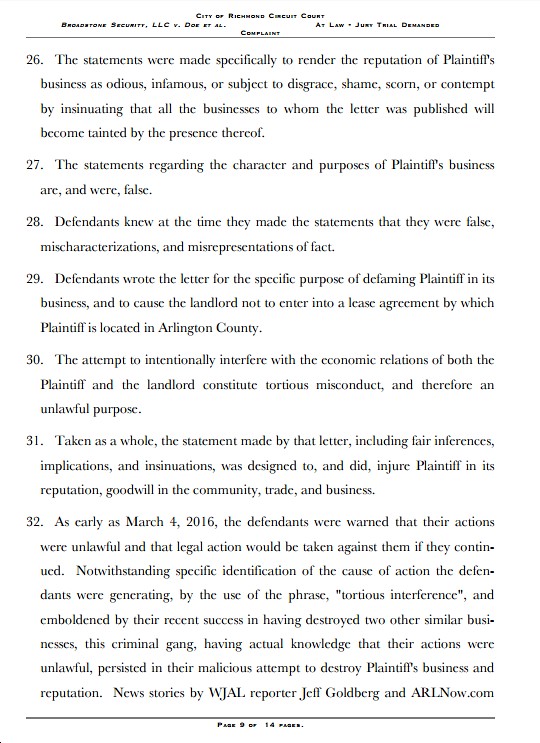 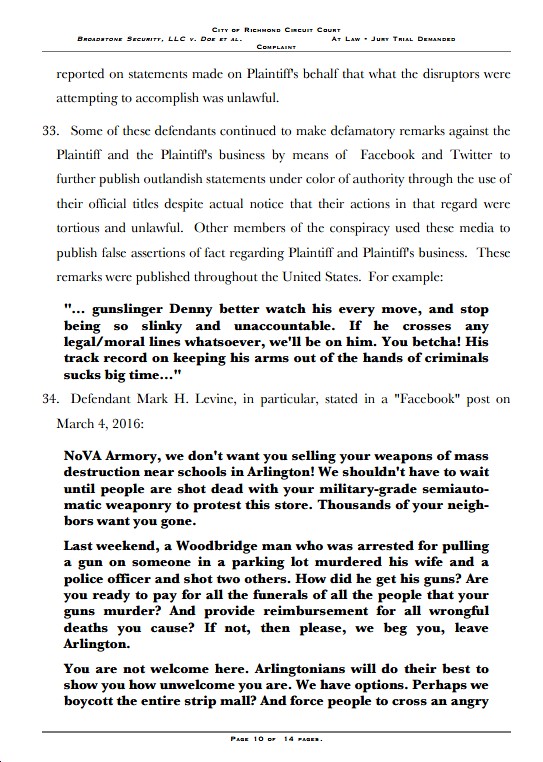 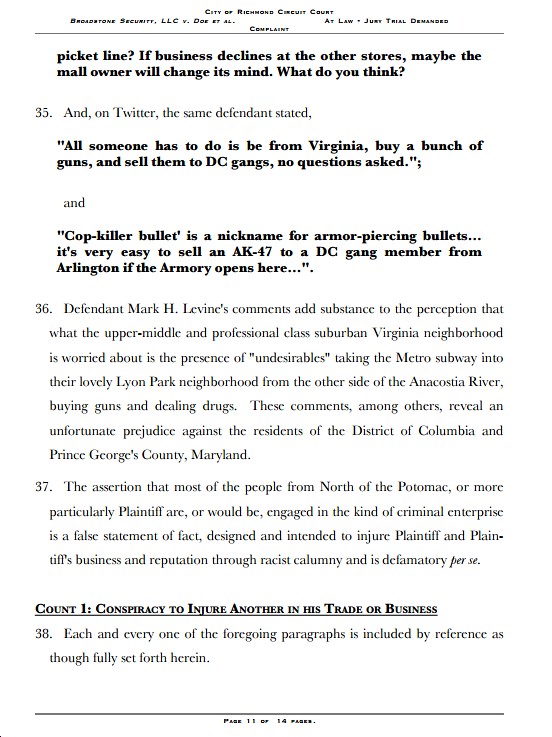 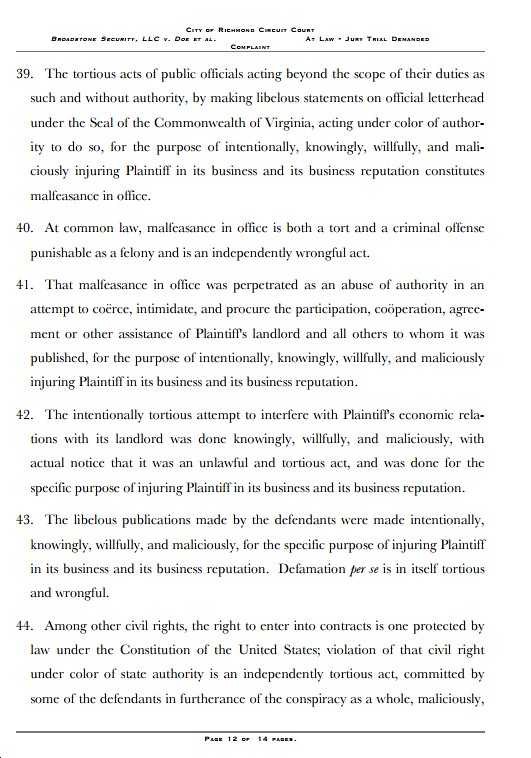 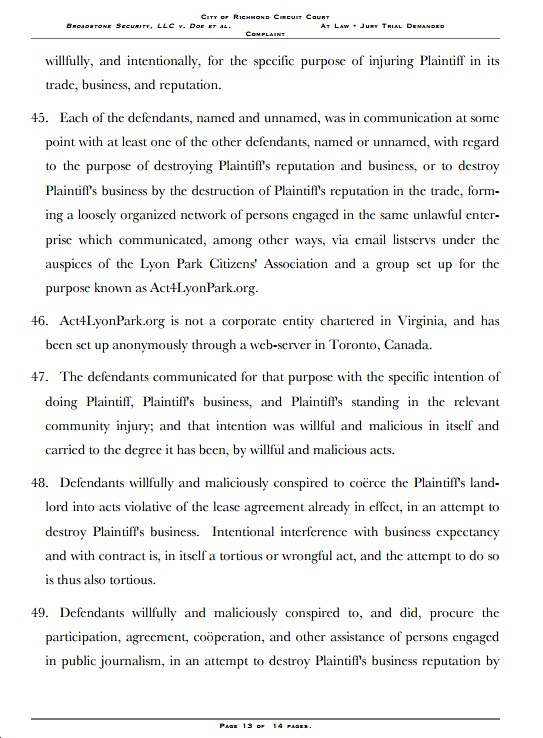 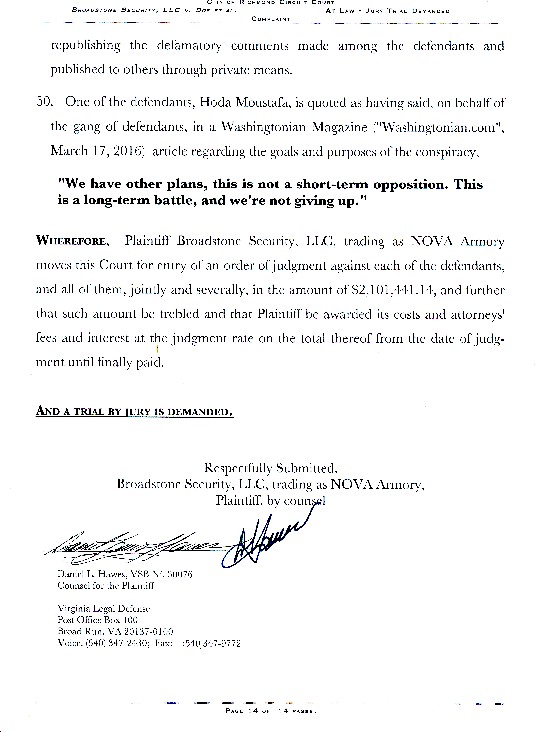 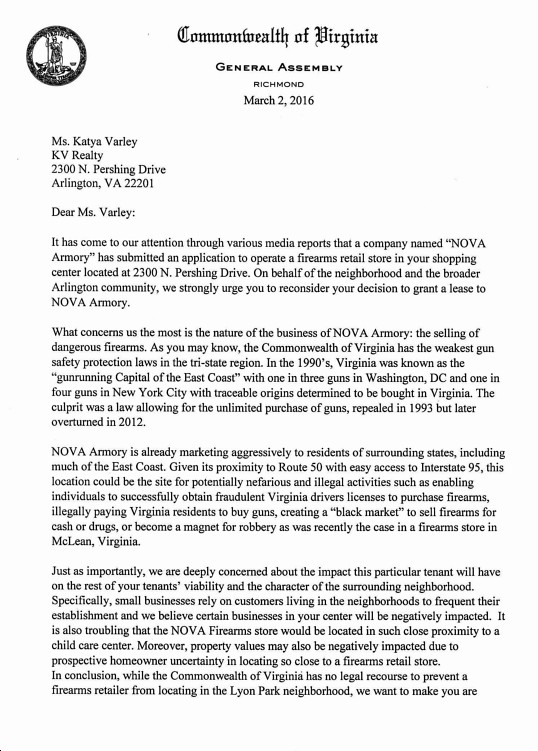 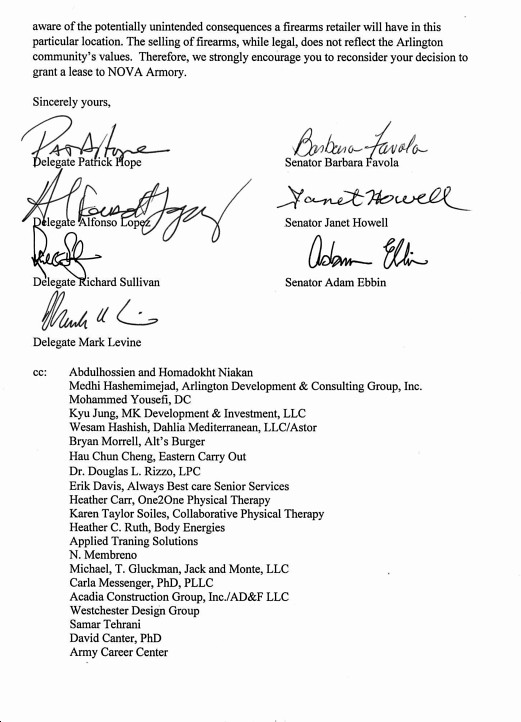