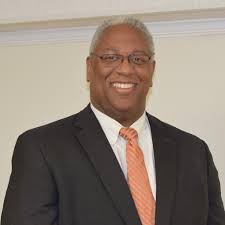 On June 14, Democratic voters in Virginia’s 4th CD will decide on their nominee for U.S. Congress in the newly-redrawn, Democratic-friendly district. The choices are State Sen. Donald McEachin and Chesapeake City Councilwoman Ella Ward. Personally, I’m supporting my friend Donald McEachin, and fully expect that he’ll win (my guess is he’ll get somewhere around 65% of the vote) on June 14. Assuming he does, and assuming he goes on to win the general election in November (another highly likely scenario), that will be great news in almost every way.

Except for one significant downside: Virginia Senate Democrats will lose one of the best things they have going for them, Donald McEachin as their Caucus Chair. Currently, the abysmal, embarrassing, incompetent, ethically-challenged, corporate/Dominion Power lackey Dick Saslaw is Minority Leader, and the hope of many of us is that he’ll retire as soon as possible. If not, though, then the choice for Caucus Chair matters even more…as a counterweight to Saslaw, if nothing else.

The election for Senate Democratic Caucus Chair won’t take place until November, possibly around Thanksgiving (at which point hopefully we’ll be able to “give thanks” for avoiding the nightmare of President Trump, among other things), but the maneuvering (and rumors) have already begun. Here are the candidates I’m hearing are in the mix, what each one’s pluses and minuses might be, and who I’d be inclined to support.

Finally, note that I haven’t left Jennifer Wexton off this list by accident or because she wouldn’t have made a super-strong candidate (she would have!). But it sounds like she’s not planning to run for this position, so for now, she’s not on the list. We’ll see if that changes in coming months…