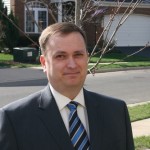 Prince William County School Board member Gilbert A. “Gil” Trenum Jr., a Navy reservist, has been called up to active duty, which means he’ll soon serve in Africa as part of Operation Enduring Freedom. How the mobilization will affect his elected office, however, is unclear.

Trenum (Brentsville) said last month that Virginia’s Division of Legislative Services in Richmond told him that he can continue to hold office while deployed and that he can choose to have a temporary replacement serve in his stead while he is in Djibouti, on the Horn of Africa.

School Board Chairman Ryan Sawyers (At Large), however, said last week that he is not sure Trenum has the say on how a replacement would be appointed. He wants to seek a Virginia attorney general’s opinion on the matter.

Meanwhile, a right-wing Prince William County blog, the “Sheriff of Nottingham,” is busy attacking Don Shaw, the 2015 Democratic nominee for the House of Delegates  from the 13th district (Manassas City, parts of Prince William County) against Del. “Sideshow Bob” Marshall (R), for expressing interest in Trenum’s seat. It’s also going after “Chairman-At-Large [Ryan] Sawyers for a subterfuge to appoint a highly-partisan and politically-motivated Democratic activist.” Supposedly.

For his part, Don Shaw has responded on his Facebook page; check it out below (bolding added by me for emphasis). Fun times in Prince William County, coincidentally the home of one of the nastiest, most xenophobic and thuggish politicians in Virginia, Chairman of the Board (and, just to drive the point home about how nasty and bigoted he is, Trump state chair) Corey Stewart. Is there something in Republicans’ water in that county or what? With that, here’s Don Shaw’s response to what he calls “libel or slander” by the aforementioned right-wing blog. Enjoy (?).

Given the recent posting on a conservative blog here in Prince William County, it’s time to set the record straight. A local blogger has posted an entry in which he describes a “Democratic Party ‘sleaze’ consultant sets strategy to take down Republicans.” As “evidence”, he posts a “memo”, my letter of interest, and my resume along with his own “analysis”.

With regard to the “memo” that allegedly came “from a Democratic State Party political consultant”, there are two glaring issues with the “memo” as presented. First, there is no source given that the blogger has redacted the sender from the document. Second, the document is dated “June 17, 2016”, less than two days after the school board meeting in which Mr. Trenum made his announcement.

Regarding the first issue, removing the name of the sender completely impeaches the validity of the document. While the blogger states he does not reveal his sources (as if blogging is journalism), posting an alleged “memo” without ensuring its validity is irresponsible at best and disingenuous or criminal at worst. I serve as the Senior Vice Chair of the Prince William County Democratic Committee. I spoke with the Chair once the “memo” was posted on the blog. Neither one of us had seen the “memo” before its posting.

If it seems strange to you that neither of the top two officials of a political party had seen a “memo” that was allegedly sent to the party, you would be correct in your skepticism. Quite simply, the “memo” does not exist. Because the provenance of the document cannot be provided or validated, the “memo” is pure fabrication created for the benefit of political theater. Strike one.

Regarding the second issue, the document was allegedly produced less than two days after the school board meeting adjourned. The Prince William County Democratic Committee has no political consultant (“sleaze” or otherwise) on staff or retainer nor can we afford one. This can be validated by reviewing the PWCDC finance filings. Furthermore, an analysis of the detail alleged would have taken a lot more than the short time frame alleged on the blog. Strike two.

If, as the blog alleges, it is the intention of “the Democrat majority on the School Board” to select me to be the temporary replacement for Mr. Trenum, there is no need for them to “soften the ground for Shaw”. They have a clear 5-3 majority now and could simply vote me in. Nothing nefarious need take place. Therefore, that argument is faulty on its face. Strike three. You’re out!

I submitted my name for consideration for the temporary position created with Mr. Trenum’s deployment because I am passionate about the future of our community and the future of our schools. All three of my children are graduates of PWCS and every child deserves a world class education. It was not because, as the blogger stated, that I am “a former and perennial Democratic candidate that has jumped from one race to another seeking some public office that he can get elected to”. Contrary to the blogger’s rhetoric, I have officially only run for office one time, and that was for the 13th House of Delegates seat in 2015, a race I lost. It is true that I filed financial paperwork to start a campaign for the Brentsville seat on the Board of County Supervisors in 2014 for a vacancy anticipated with the election of Mr. Covington by the General Assembly to the bench. However, after 5 months, no vacancy, and in deference to Ms. Lawson and Mr. Jacobs (whom I consider friends and with whom I agree on many issues), I withdrew from the race before an official vacancy occurred. I did not collect one signature to get on the ballot and I did not stand for election in the December 2014 special election.

As an alumnus of the Sorensen Institute for Political Leadership, I firmly believe in the principles of trust, civility, and respect in politics. What is happening on the blog in question (and others) runs completely counter to those principles. Yes, putting oneself “out there” to stand for elected office requires a thick skin. It does not, however, require submission to libel or slander. We are better than that as a society and it is time we stop the race to the bottom and restore propriety in politics.