Check out the latest racist lie, tweeted out this morning by self-hating extremist and racist, EW Jackson.

My first reaction was, WTF, that can not POSSIBLY be true! Also, that it’s clearly, blatantly racist. Yes, yes, I know, EW Jackson is African American himself, but that doesn’t mean he isn’t a racist, which he demonstrates almost every day with his bashing of black victims, claims that Black Lives Matter is “satanic,” complete failure to comment on the deaths of black people at the hands of police officers — but kneejerk defense of police officers no matter what the evidence shows, etc.

I also wondered where on earth EW Jackson got this crap from. I figured it must be a meme floating around the right-wing fever swamps of the intertubes, and that he just tweeted it out without checking to see if it’s true, since that’s what EW Jackson and his ilk ALWAYS do. As it turns out, the source of this b.s. meme is a white woman named Heather Mac Donald who works at the far-right-wing-funded “Manhattan Institute.” 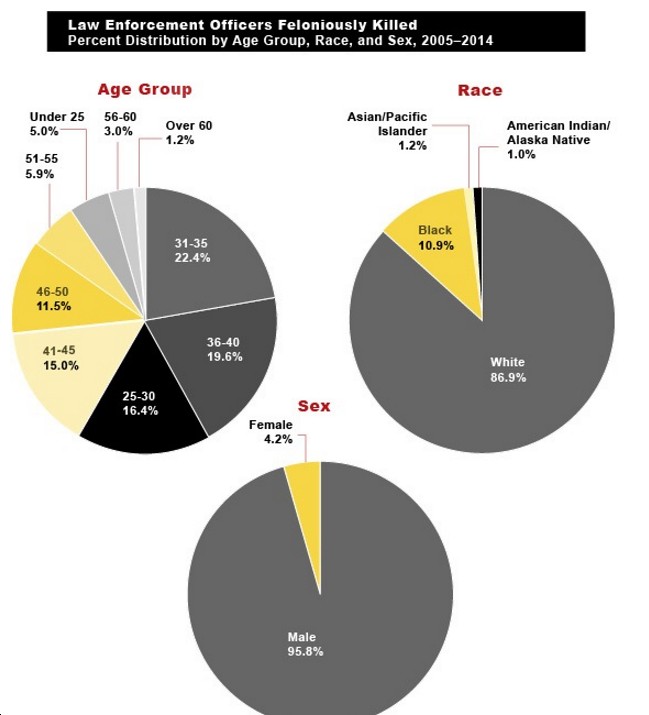 OK, so it appears extremely likely that the first part of EW Jackson’s racist tweet – that white cops are supposedly being killed like crazy by black men – is wildly false, utter bull****. How about the second part, about African Americans killed by white police officers? See below for a partial answer to that question. 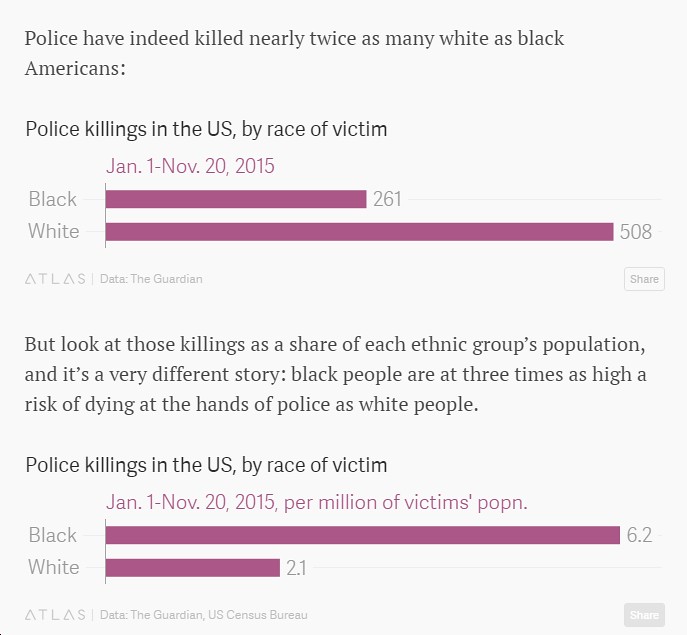 That’s right, blacks are killed at “three times as high” a rate “at the hands of police as white people” in this country. Any further questions?

I checked with Lauren Victoria Burke, a political activist who among other things is the creator of Crewof42.com, a blog on the Congressional Black Caucus, and “a regular guest on News One Now with Roland Martin and MSNBC where she has been seen on Hardball with Chris Matthews and UP with Steve Kornacki.” According to Burke (bolding added by me for emphasis):

Jackson is such a race-baiting nut. Just because of pop stats (i.e. there are more white folks) that should be bs. Of course he doesn’t have a link to BJS because I would bet they don’t record that data. They don’t record data on who cops shoot by color or anything else so why would they do it the other way around.

When you consider that the number of police interactions between cops and Blacks is out of proportion as Blacks get stopped/investigated/searched more there maybe some disproportion in shootings of cops by AfAms but I doubt it… There are 42 million AfAms in the U.S.  so 0.0000000000001 of them have shot a cop — but that’s the same for whites too. A cop getting shot is so rare.

Again, note that the FBI doesn’t appear to even publish statistics such as the ones EW Jackson (and Heather Mac Donald) claim. But if anyone can find them, please let us all know. In the meantime, let’s all just take pity on deluded, raging, self-hating, anti-black racist EW Jackson, and hope that he gets the help he so badly needs.