Are you one of those who “believes” that climate change isn’t happening, or maybe isn’t already having a (negative) impact? Well, then, you’re probably immune to fact, empirical evidence, science, reality, stuff like that. But for everyone else, check out this scary new study by Climate Central:

Climate Central recently completed an analysis of how changing climate conditions in the U.S. have affected the potential range of the Asian Tiger mosquito, which can carry and spread the Zika virus. The Zika virus has been associated with serious birth defects such as microcephaly and other severe fetal brain defects.

With an increase of 22 additional “Mosquito Days” on average since the 1980s, Richmond, Virginia has become especially vulnerable to an outbreak of the virus.

“Mosquito Days,” are based on the ideal temperature and humidity conditions for the Asian Tiger mosquito; these insects have high mortality rates at temperatures outside the range of 50-95°F, or at relative humidity levels below 42%.

So, yeah, next time you hear a climate science denier, or maybe Dominion Power talking about how they need to build more fossil fuel infrastructure, you might want to talk to them a bit about the Zika virus, the mosquito growing season, and other nasty impacts we’re already seeing thanks to human-caused global warming. 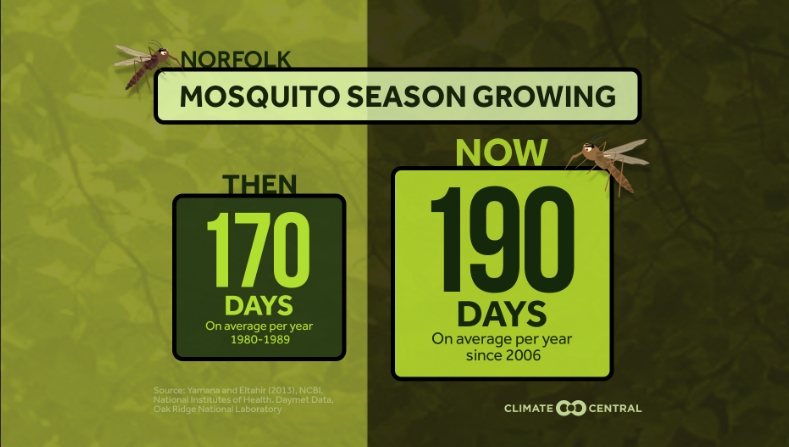 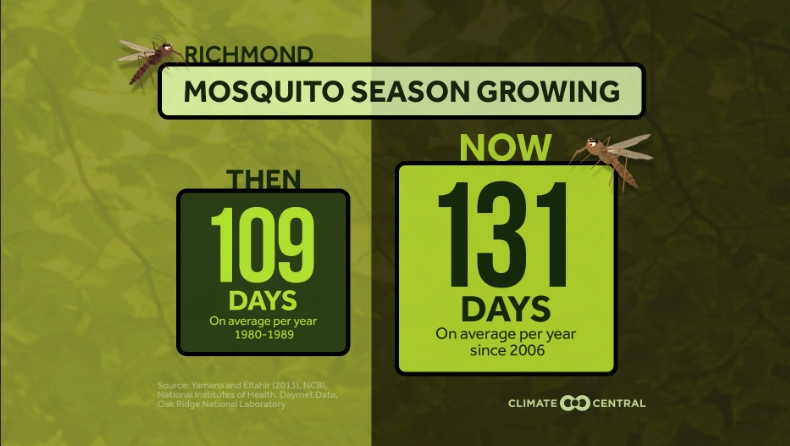 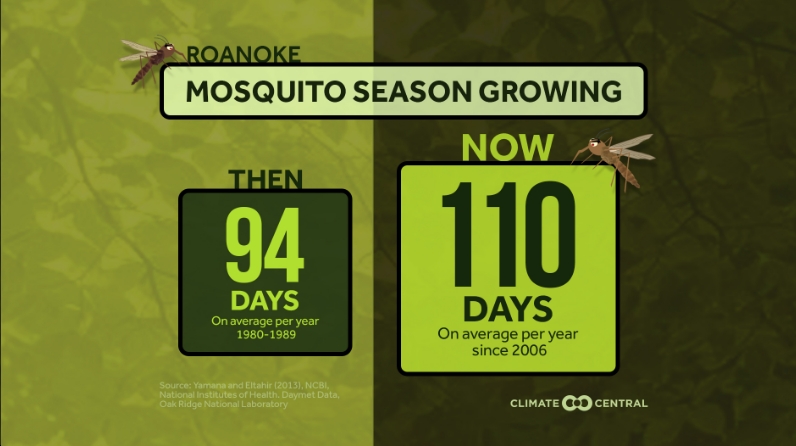 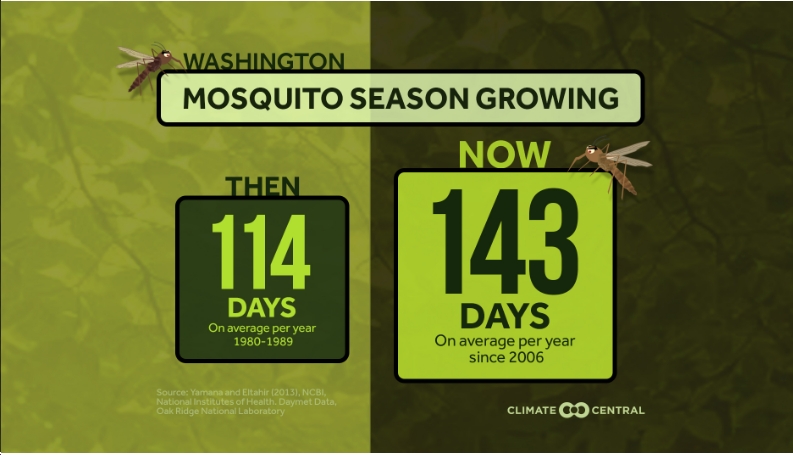