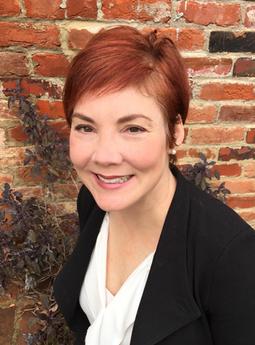 For those of you unfamiliar with Eileen Bedell, the Democratic nominee in the 7th Congressional District, let me paraphrase from her web site.

“Leadership in the 21st century requires both an eye on the problem at hand and how any solution will meet the larger goal of creating an even stronger nation. The many complex issues facing our country are inextricably intertwined with each other.”

“…we cannot discuss ways to strengthen Virginia and our nation’s economies without talking about new investment and job creation that would come from a much needed, aggressive response to the issues of climate change and the future of clean energy in this country.  Similarly, we cannot discuss jobs in these emerging fields without discussing a plan for educating and training our citizens to compete for the same.  Job creation which leads to discussion of wage equality and child care costs and education proposals which address concerns like student loan debt and college costs.”

Compare that to Dave Brat’s web page — filled with factoids and position statements, certainly not solutions. Brat’s so filled with solutions that only one bill which he sponsored —HR 2693 —actually passed, and it was to rename an arboretum in Richmond.  Of the 225 pieces of legislation Brat co-sponsored, only 5 of them made it through a House controlled by his own party. Such an ineffective level of representation is almost enough to make one miss Eric Cantor.

The most critical difference between Brat and Bedell is how their values drive their thinking about ways to solve problems. For example, in an interview with Business Insider, Brat endorsed Donald Trump, saying his lack of specific policy proposals doesn’t bother him, saying “I don’t find it alarming because the same thing is true for every party throughout. Everyone uses code language for all their policies.”

And thus far, using “code” has allowed Brat to deflect attention away from his own lack of strategic thinking. Like how he wants to protect the public from gun violence: with HR 3516, the disingenuous Social Security Beneficiary 2nd Amendment Rights Protection Act, where seniors who are no longer deemed competent enough to manage their own financial affairs can still buy and sell guns; and with HR 3799, the Hearing Protection Act, which would refund any taxes paid on silencers.

Now compare those ideas with Eileen’s:

“When it comes to the issue of guns, all Americans must agree on a number of things.  We must agree the 2nd Amendment to the Constitution protects an individual’s right to own a gun. Further, we must agree persons with a history of threatening behavior such as violent criminals, domestic abusers, stalkers, and the severely mentally ill should not be able to endanger the American people by having access to guns.”

Brat has co-sponsored so much bad legislation, that there is even a Facebook page called “Brat Facts.”

Compare those “facts” with Eileen Bedell’s proposals, and ask yourself, who would you rather have representing you?