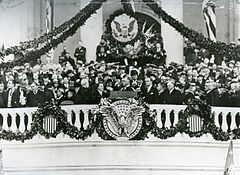 Twice in one weekend a few weeks weeks ago, there was a false claim of an active shooter in a public place and a massive stampede of thousands of people. Twice in two days.

In Raleigh, NC, thousands stampeded from a shopping mall, sending eight people to the hospital, not for being shot (none were), but from trampling. The cause was later found to be balloons popping. At JFK airport, a similar scenario played out. Apparently someone was watching Olympic track and field and the noise of the start gun on the airport TV may have caused the chaos. This is the hypothesis anyway. In Raleigh officials declared that a herd mentality prevailed. And then came LAX. Some time later, travelers went running out of the airport there too, leading to delays, cancelled flights and frazzled travelers.

FDR said we have nothing to fear but fear itself. No. We now also have to fear our countrymen in the hands of the wrong politician, or just anytime they freak out over nothing. We have to face the fact that we live in a time where a candidate for president of the US will stop at nothing to frighten and alarm people. They fail us as fellow countrymen, for surely it is their job to steel themselves against manipulation and senseless trickery. It is the very least they can do as citizens, to be grown ups that we supposedly were at 18. They owe it to their fellow countrymen to not behave like this.

Let me say at the outset that America must take terrorism seriously. And she does. Despite the right-wing propaganda machine’s claim otherwise, the Obama administration has gone after terrorism with vigor. It has had much success taking out leaders of both Al Qaeda and ISIS. It will continue to do so, as will the next administration.

But there is another battle to be fought, the fight against fear of terrorism. And it is fear that is at least a large part of the the appeal of the Trump candidacy. This diary concerns what happens to those who are either hysterical (exaggerating the likelihood that any of us will be a victim of terrorism), or useful pawns of the security industry or manipulative politicians such as Donald J. Trump.

Trump would have his supporter believe the US military is in a shambles, a lie that is both false and potentially dangerous. We spend the majority of the federal “discretionary” budget on defense, and that doesn’t count the many ways security funding is spread throughout the rest of the federal budget (Homeland Security, DOE, and more). The typical risks we face in much greater probabilities, go ignored by the GOP stranglehold on federal funding. Infrastructure crumbles. We strip food, shelter and health care from poor people. We incarcerate in some states because the poor cannot pay their bills. We lose jobs for unwillingness to grow them. When the private sector won’t, the federal government must invest in jobs. Otherwise, we cannot have an economy that works. The GOP tries to cut Social Security despite that program being self-funded and despite that it prevents poverty while increasing jobs. And too many propose that we only spend on the military and nothing else.

Once upon a time, Americans did not worry about something called “terrorism.” It was not that it didn’t exist. It existed throughout the American Centuries. In the 21st century, it largely took the form of civil unrest or Jim Crow era assaults on African Americans and civil rights workers. The radical left also briefly embraced it in the 1960s. The 1990s brought right-wing terrorism at Oklahoma City. Today right-wing militia pose a greater threat within the U.S. than ISIS, but neither contributes as much as numerous other known causes of death (e.g., falling furniture).

The Bush administration used every opportunity to heighten fear by raising the alleged terrorism risk, talking in fearsome tones, and using terrorism fears to eliminate some civil liberties. It threatened us to “watch what we say.” It even infiltrated peaceful Quakers, as if they needed supervision! Of course we were told to go shopping.

During the current administration, hysterics such as Lindsay Graham run around with their “hair on fire.” “They are going to kill us all,” he shrieked irrationally. And his claim was ridiculous. (Even Graham now renounces Trump’s fear-manipulating authoritarian ways.) While over 400,000 people have succumbed to gun violence in America, in the last 50 years, approximately 3,800 have died from terrorism within the US, most of them on 9-11 (Bush’s watch). Yet we are more likely to die in so many other ways besides terrorism. Even some unlikely things are more likely to kill.

But now a candidate for president of the US ramps up fear of Muslims at every opportunity. He turns once rational people into hysterics who cannot think straight about the relative risks of terrorism. He makes them forget that ISIS is not an existential threat to the the US. He turns Americans against each other, makes them fear and resent everyone else. He lies about Mexican immigrants by claiming most are rapists and murderers. (They break the law less frequently than other “whites”). But “be afraid” anyway. It’s a travesty.

Many have argued from the beginning that you cannot fight a war against a tactic. Others have noted that if “terror” is what we are fighting, a ruthless politician could make the war on terror last endlessly by constantly manipulating citizens and pushing their buttons whenever convenient. If fright never ends the war on fright is endless. And this is where we are. In the absence of rational cause, our country has lost its collective mind. This matters because those who are especially fearful are easily manipulated by authoritarian leaders, even if they are not authoritarian leaning themselves. They are going to vote for Donald J. Trump. Fear sells. And then, this…

Last month, a huge swath of Louisiana sat under water. Yet many were more worried about ISIS in far-away lands. We had better get our heads together and in the game. What we should fear, should realistically worry about, and DO something about is here now, in America. And if we cannot work to prevent flooding, at least we must step in to assist our countrymen. Or we must forever stop pretending we give a damn about anything besides ourselves and our irrational fears.

What issues should we worry about? They are all around us: Poverty, income inequality, climate change, diseases such as heart disease and cancer — and yes, gun violence. But some Americans are too “busy.” They cannot even watch the Olympics without turning into a herd and running. They’d better get a grip. And so must we all. If we cannot rise up and stop electorally a manipulator of fear, pathological liar, fraudster, would-be strongman, promoter of violence, and rights-crushing bigot from winning the presidency, then we will lose our democratic republic. Now, there’s something to worry about. Fortunately, we still have time to do something about it…before it’s too late.