According to Larry Sabato’s “Crystal Ball,” updated this morning, there are now 16 Republican-held House of Representatives seats now in the “Toss-Up” category, with VA-10 being one of them. See below for Sabato Crystal Ball Managing Editor Kyle Kondik’s analysis on that one. Also of interest here in Virginia, the Crystal Ball has VA-05 (Democrat Jane Dittmar vs. far-right Republican Tom Garrett) at “Leans Republican,” and VA-04 (soon-to-be Congressman Donald McEachin against Republican Mike Wade  as “Safe Democratic.” If we win all of those, Democrats will go from a current 8-3 deficit in the Virginia House delegation to a 6-5 majority, which is where we were prior to the 2010 Tea Party disaster.

Also check out the Cook Political Report, which also just moved VA-10 into the “Toss Up column.”  Now, let’s just make sure we capitalize on this tremendous opportunity and push for a LuAnn Bennett’s victory over GOP/right-wing “attack dog” Barbara Comstock. 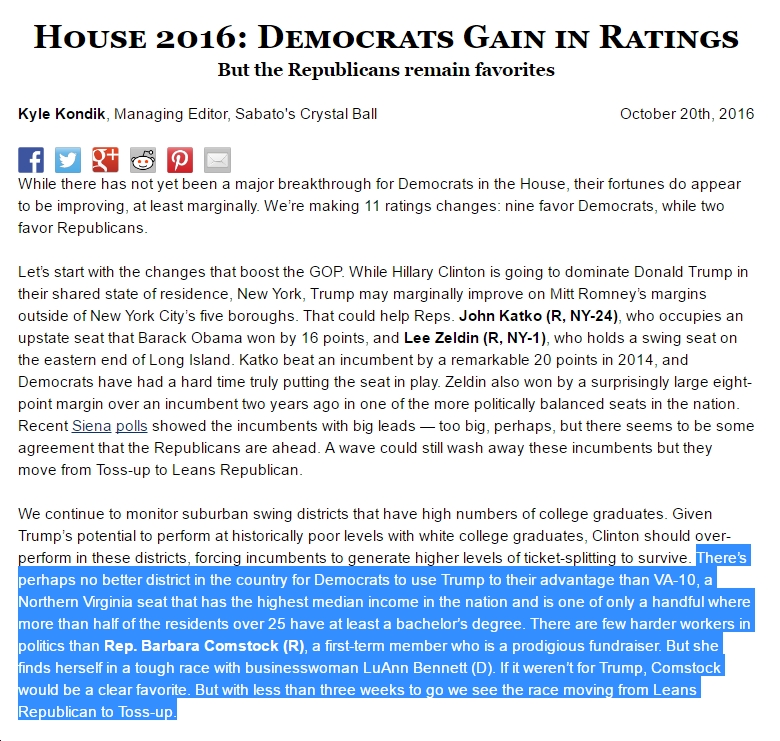 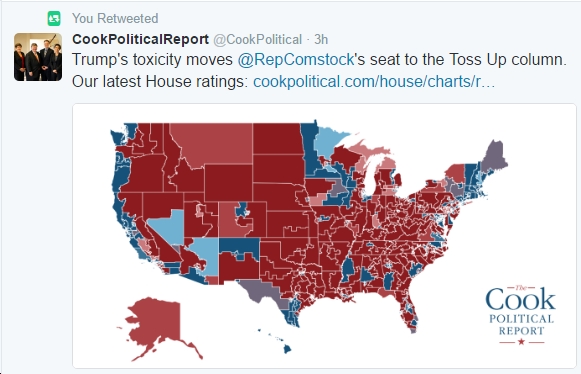