By now you’ve heard the story, but a quick recap — two years ago, a little known college professor named Dave Brat pulled off a stunning upset in Virginia, defeating then-House Majority Leader Eric Cantor in the Republican Congressional primary in the Virginia 7th District — a defeat of a high-ranking party leader the kind of which hadn’t often been seen before in the history of American politics. Brat went on to win the general election, and now is up for re-election against a Richmond Attorney, Eileen Bedell. Brat is also closely linked to Donald Trump, having received campaign money from Trump, endorsed him, and is serving on the leadership of Donald Trump’s campaign in Virginia.

If you had to boil it down to one issue, Brat won in 2014 by pushing anti-immigrant sentiments, a strategy that Trump has co-opted in the Presidential campaign. For Brat in 2014, other factors played a roll as well, as he was largely ignored by the political press  prior to the primary, Eric Cantor didn’t take him seriously until too late, and Tea Party support Brat received helped push him to victory. His win shook the Republican establishment, moving them further right, and toward the hatefulness that has permeated this presidential campaign.

Helping Dave Brat then and now, and now Chief Executive of the Trump campaign, is Steve Bannon. Immediately prior to joining the Trump campaign, Bannon was the Chief Executive at Breitbart News, the best known mouthpiece of the so-called “alt-right,” the Republican party and conservative movement’s far right, if not extremist, wing. As is the modus operandi of extremists in the internet era, the alt-right sows seeds of racism without using traditional and obvious racist language or tactics, and instead it motivates its support and provides places to discuss via the web.

That Donald Trump is full of hate is a statement beyond reproach. But what isn’t as well known is Mr. Bannon’s hatefulness, as he prefers to let other people speak for him. Nonetheless, as time passes, a more complete picture begins to come into focus: that the mission of at least segments of the alt-right and Breibart news, and Steve Bannon, himself, is to further and make mainstream racism, and do so through stooges such as Donald Trump and Dave Brat. That Donald Trump is going to lose to Hillary Clinton seems likely. The same fate should befall Dave Brat. Hate, fear, and racism must be repudiated.

Recently released court documents discuss charges and the investigation of domestic violence and battery and witness intimidation filed against Bannon in 1996. The allegations related to altercations with his now-ex-wife, Mary-Louise Piccard, charges that were later dismissed when, according to the court documents:

[Ms. Piccard] skipped the trial after Bannon and his lawyer arranged for her to leave town. She said Bannon had told her the lawyer would make her look like the guilty party if she testified and the attorney told her she’d be broke if Bannon went to jail.

Next, in those same court documents, Ms. Piccard describes examples of Mr. Bannon’s anti-semitism, saying that Bannon did not want his children going to school with Jews, because they are “whiny.” Other Examples of anti-semitism follow Bannon, through those close to him. For example, one of Breibart News and the alt-right’s most public faces, Milo Yiannopoulos, has said that most anti-semitism is just for show – trolls on the internet, if you will, having fun – so it’s nothing to worry about; it’s just free speech.

That Mr. Bannon’s first foray into political campaigns was to prop up his friend, Dave Brat, against the highest-ranking Jewish member, ever, of Congress seems like too convenient a coincidence. Moreover, it’s not just persons of Jewish faith that seem to bother Bannon, as he is on record speaking poorly of Catholics and lesbians as well

These examples, alone, perhaps don’t make the case, but there is ample other evidence to choose from. For example, the Southern Poverty Law Center has reported that Bannon and Kelley-Ann Conway, another member of the Trump campaign’s leadership, are members of the Council for National Policy, an influential conservative group whose membership includes numerous persons reported to be racial extremists.

As for Bannon’s media arm, Breitbart.com, he calls it the mouthpiece for the so-called “alt-right.” Inoccous sounding, the term “alt-right” was coined by Richard Spencer, a white nationalist leader. His organization, the National Policy Institute, is an organization that publishes articles with statements such as:

Much of the debate on the decline of Whites in their traditional homelands centers on “immigration,” and specifically the continuing arrival in the West of large numbers of colored “immigrants” from the poorest regions of the world.

which is an obvious corrollary to Trump’s, and Brat’s, rhetoric on immigration.

Milo Yiannopoulos, when describing the alt-right, has said:

“’White identity’ and ‘white nationalism’ is a little misleading [in decrbing the alt-right]. I think it’s more accurate to say that the alt-right cares about ‘western supremacy’ rather than ‘white supremacy’.”

Such word parsing, while not without some validity, stills shows that underlying whatever is used as the title is nonetheless still riven with racism. Moreover, as recent article from the Washington Post has explained, white supremacists have adjusted their language and tactics to be less obvious, but they are still no less hateful.  And Bannon has proudly provided them a microphone.

And now he is providing them with candidates for high office.

By way of review, there is evidence that Steve Bannon, who helped elect Dave Brat to Congress, and now runs Donald Trump’s campaign, has been accused of beating his wife and keeping her from testifying against him, doesn’t think well of Jews and other minorities, and has assisted persons who publicly-stated mission is to further divisions among the races, i.e. what is called racism, by providing them a media outlet, and at least two candidates for national office.

While those things paint a difficult picture to reconcile, perhaps even more fundamentally frightening, is Bannon, himself. He has said that he wants nothing less than to destroy America. How? By channeling the spirit of a person he admires, the Russian revolutionary, Vladimir Ilich Lenin, founder of the Russian communist movement, first leader of the Soviet Union, and creator of a revolutionary dictatorship of the proletariat that murdered and oppressed millions during the 20th century.

“Lenin,” [Bannon] answered, “wanted to destroy the state, and that’s my goal too. I want to bring everything crashing down, and destroy all of today’s establishment.”

Moreover, Bannon subscribes to using fear as a tactic.  Qute simply, he seeks to employ the same chief tactic of terrorists.

To further these ideas, Bannon found a willing stooge in Dave Brat two years ago, a friend he convinced to run on a platform that is summed up by recognizing the simple fact that Brat, during that campaign, sought the endorsement and money of the Americans for Legal Immigration PAC, an anti-immigrant hate group.

That Steve Bannon succeeded with Dave Brat two years ago was a confluence of good fortune – the swelling of the Tea Party movement as well as an incumbent and press corps that missed the story. It provided him an important step toward moving racism, by whatever name, into the mainstream of not just American politics but American culture.

That Bannon’s message is now failing in the guise of Donald Trump is, one the hand, a testament to the American people, that we cannot be so easily swayed by manipulation and fear. On the other hand, Donald Trump is clearly a flawed candidate by all definitions, and there is no reason to believe that Bannon will not try again, perhaps next time with someone more savvy.

It is incumbent upon us all, however, to ensure that Bannon’s politics of fear-mongering is not only rejected in the person of Donald Trump, but also repudiated with the defeat of Dave Brat. Who knows, it could be that Brat is merely a stooge who was excited to tapped by Bannon, as hate doesn’t seem to flow through Brat like it does Trump. Nonetheless, his allegiances are clear and they must be rejected. It is no less than a battle over what it means to be American.

Thankfully the Virginia 7th District has a choice, a good one. Eileen Bedell is a lawyer, a small-business owner, a mother, and a spouse. In other words, she is real and understands how things work in the real world, not an ivory-tower, out of touch, academic propped up by Steve Bannon. Please support her if you can. 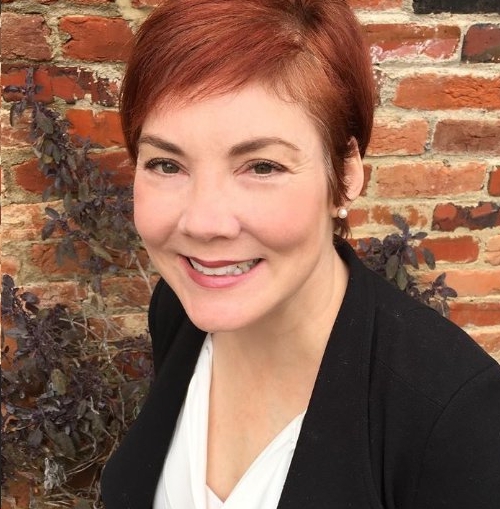 For more information, to volunteer, or to contribute to Eileen’s campaign AND to vote out Dave Brat ­and repudiate Steve Bannon and racism, please click below: