Check out that first Twitter exchange in particular: Democratic activist Lauren Victoria Burke arguing with Trump Virginia co-chair John Fredericks, who basically says that Burke has no idea what she’s talking about, and that NBC’s reporting on the Trump campaign pulling out of Virginia was wrong. Except…turns out the reporting WAS true, that the Trump Virginia “leadership” was blindslided (kinda like Corey Stewart being fired the other day), and that Trump is indeed pulling out of Virginia. As Shaun Kenney of Bearing Drift puts it, “If You Can’t Win Virginia, You Can’t Win the Presidency.” As Trump himself might say – SAD! Hahahaha. 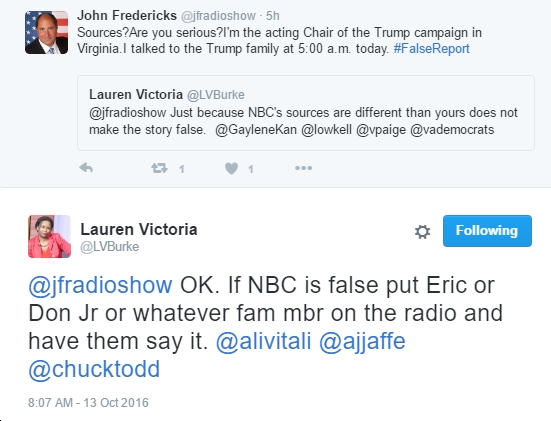 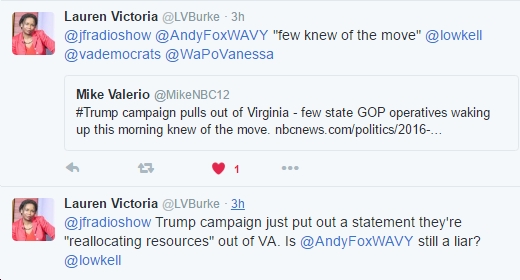