An Alex Jones-level insane man is about to become President; don’t say you weren’t warned. Also, check out Ezra Klein’s latest post, which concludes as follows:

It has been weeks since Donald Trump won the presidential election, and here is what we can say: he is still just himself. He is governing like he promised. He is appointing the loyalists, lackeys, and extremists he surrounded himself with during the campaign. He is tweeting the same strange, crazed missives, pursuing the same odd and counterproductive vendettas. His conflicts of interest have proven, if anything, worse than expected, and he has shown no shame, restraint, or interest in addressing them. America — through the electoral college — voted to make Donald J. Trump president, and we are getting what we asked for, good and hard. 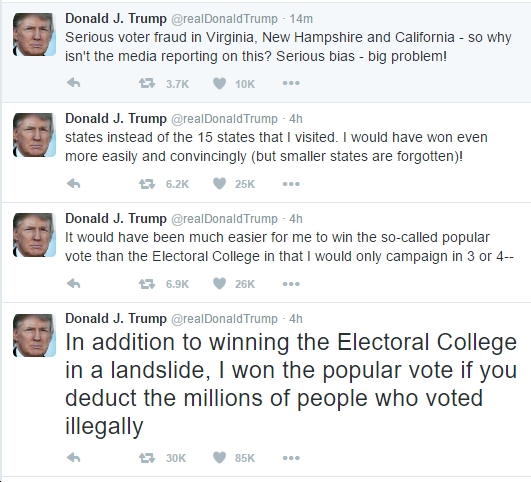