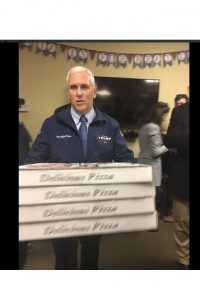 pepperoni?  For the Republican Party to send their VP candidate to a Congressman’s suburban campaign office in a blue state (at the presidential level) – THREE DAYS BEFORE THE ELECTION –  has got to mean they’ve done polling that shows they’re in troubled waters in tha 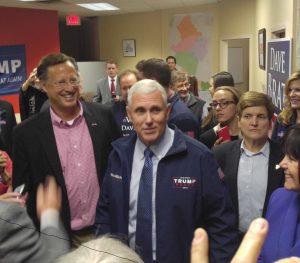 But you know what, Mike Pence?  You need to kiss Dave Brat goodbye, because voters in Virginia are not going to save him.  The Brat and the Trumptanic are headed for a Big Blue Wave (yuuuge!) here in Virginia, and there’s nothing you can do to stop it.  And do you know why?  Virginians don’t want what you’re dishing out, not even if it comes with all the fixings.

Gentle Readers:  to help boot the Brat from Congress, please take the time to learn more about Eileen or to contribute to her campaign by clicking below.  You will not regret it.