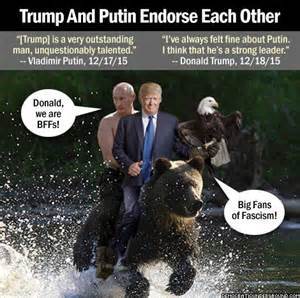 Kurt Eichenwald’s story in Newsweek demonstrates that Trump is nothing but a useful fool to Vladimir Putin, as former CIA head Michael Hayden states here.  This is manna from heaven for Democrats running against Trump loyalists.

Dave Brat is one of the biggest of the fool’s fools:  this morning — AFTER the Newsweek story broke —  Brat followed the lead of his BFF Trump and, like him, tweeted disinformation

The Trump-Putin bromance now appears to be a ménage à trois — or perhaps “troika” is a better word — with Brat happily taking the opportunity to trumpet the anti-Clinton propaganda that dominates the RT website. 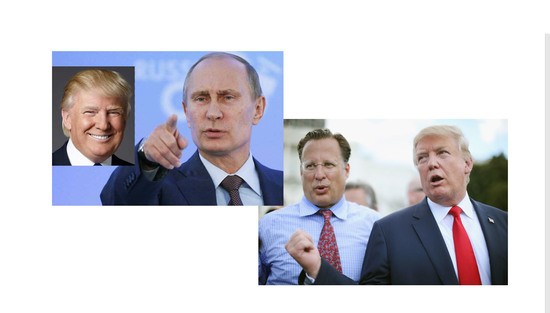 But that’s not the only thing Brat did today to nurture the bromance:  he renewed his vows to Trump in this morning’s interview on NPR, glossing over all of Trump’s vitriol, all of his repulsive actions, saying in criticism only that Trump had made some “indelicate remarks.”  Well, they say love is blind.

But why should we be surprised?  Brat agreed to co-chair Trump’s Virginia campaign committee directly AFTER the release of the Access Hollywood tapes.  His response to the tapes was so pusillanimous that it even drew the scorn of

As the editorial board of the Washington Post said today: “History will remember which Republicans failed the Trump test.”  Dave Brat gets a big fat F — for Fool’s Fool.

Brat’s support of Trump has hurt him in the 7th District race and his opponent, Eileen Bedell is breathing down his neck in a race that has suddenly become competitive.  Learn more about Eileen here and

Please DONATE HERE to Eileen’s campaign.  Help us drive the Fools’ Fool out of Congress and replace him with this fantastic new leader.