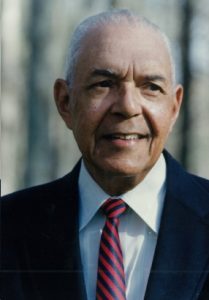 In March 2017, the Democratic National Committee (DNC) will meet to elect a new Chair, replacing interim Chair Donna Brazile. Already, candidates are announcing and people are endorsing. For instance, this morning, Politico reported, “Soon-to-be Senate Minority Leader Chuck Schumer is backing Minnesota Rep. Keith Ellison to be the next head of the Democratic National Committee, a big boost for the Minnesota Democrat as the party searches for a new leader.” Ellison has also been endorsed by by liberal icon Sen. Elizabeth Warren and by Bernie Sanders, leading to speculation that Ellison has the job all but locked up.

Now, I have no idea if Ellison really does have the job locked up, but personally I’d like to see all the candidates — and hear what they have to say about fixing a party that desperately needs fixing — before deciding who I’ll support. For instance, former DNC Chair (2005-2009) Howard Dean has also announced for the position, and if I recall correctly, that was a very successful time for Democrats, who took back Congress and the White House and built a “50-state strategy,” which was basically shut down by Dean’s successor, Tim Kaine.

With regard to this DNC Chair issue, this morning I received a call from William Ferguson Reid:

William Ferguson “Fergie” Reid (born 1925) is a Virginia physician and civil rights activist. In 1968,[1] he was the first African-American elected to the Virginia Assembly since the days of Reconstruction. The 90 for 90 campaign[2] organized by Chesterfield County, Virginia Democrats in 2015 to encourage broader voter participation, especially in gerrymandered precincts, was organized in honor of his 90th birthday.[3]

….Reid co-founded the Richmond Crusade for Voters in 1956. He hoped to register and mobilize black voters during Massive Resistance. He was a de facto member of the African-American Civil Rights Movement. Harry F. Byrd Sr. and his Democratic political machine in Virginia largely controlled statewide politics

Why is Reid – a big Sanders supporter in 2016, by the way – endorsing Dean for DNC Chair? In our conversation, he made a few key points.

Thanks for the great food for thought from someone with such an amazing history as a progressive activist – Ferguson Reid!

P.S. Personally, I’m not sure where I stand on who should lead the party going forward, or how much it really matters in the end, as I tend to see the party as mostly dysfunctional and ineffective anyway. Still, all else being equal, we certainly should get the most competent person possible to try and turn things.