Today’s example of vitriol, divisiveness and all-around lunacy from Trump supporter and 2013 VA GOP Lt. Governor nominee EW Jackson is quite possibly an all-time classic. FYI, Del. Marcus Simon is a progressive representing Falls Church and Merrifield in the Virginia General Assembly. As far as I’m aware, he doesn’t have a racist bone in his body; like most of us, he simply is not a fan of right-wing extremist and bigots like EW Jackson. 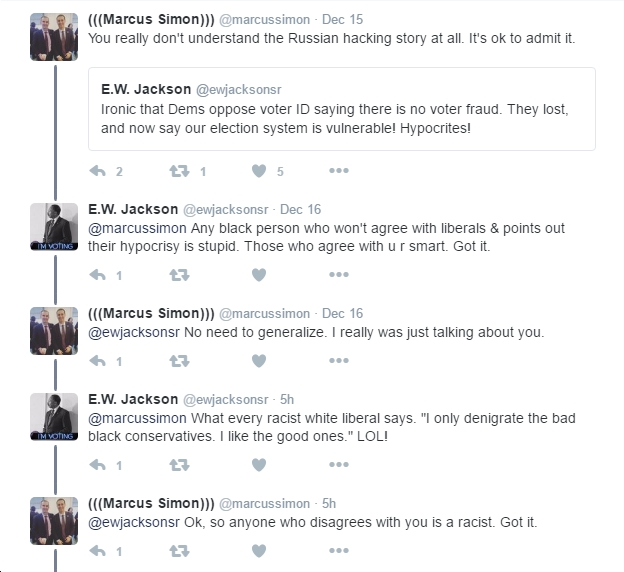 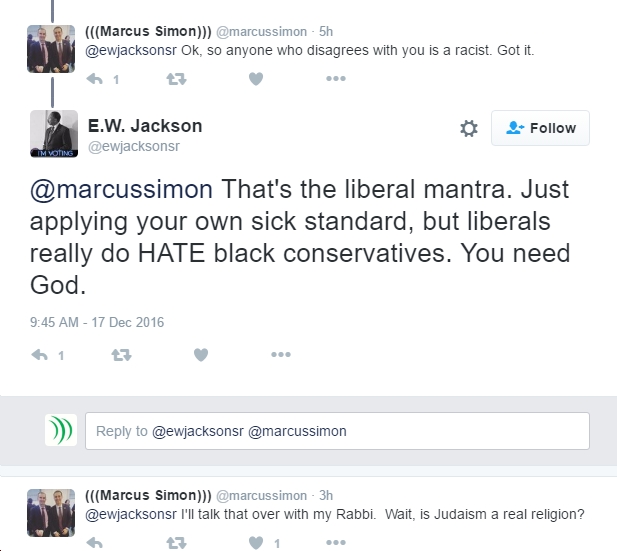