Joy Reid is one of the smartest people in the media, and that’s NOT a backhanded compliment. Check out the following tweets by her, from the past few minutes, which sum up very well where Democrats are right now: deeply in denial about the dark, destructive, even evil force we are up against in the authoritarian, fascistic, corrupt gang that’s about to assume power in the United States, despite losing the popular vote by 2.9 million — even with the help of a supine media (with exceptions like Joy Reid), “journalists” ike Chris Cillizza obsessed with Clinton’s stupid emails and the “horse race” but not with any substance, Putin, Jim Comey, etc. So…when exactly do Democrats plan to get off the mat and start fighting in a serious way? Because so far, I’m not seeing it. And no, we can’t wait until after Trump’s sworn in to start getting our act together; we need to be planning the resistance to Republicans’ “Capone school of politics” NOW. 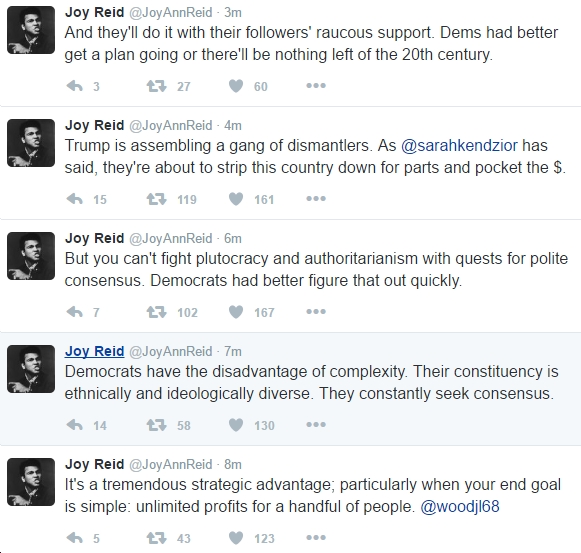 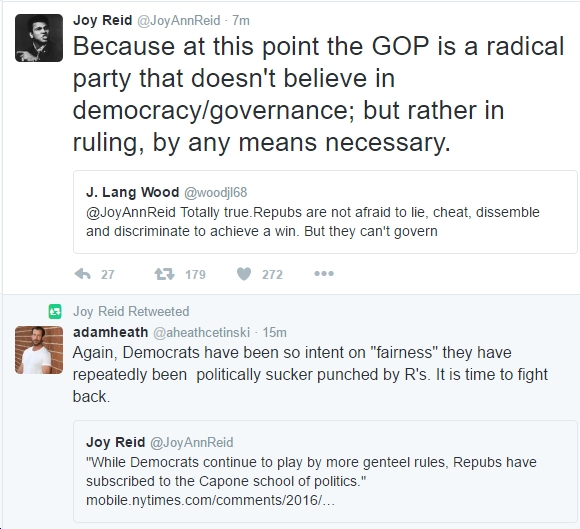